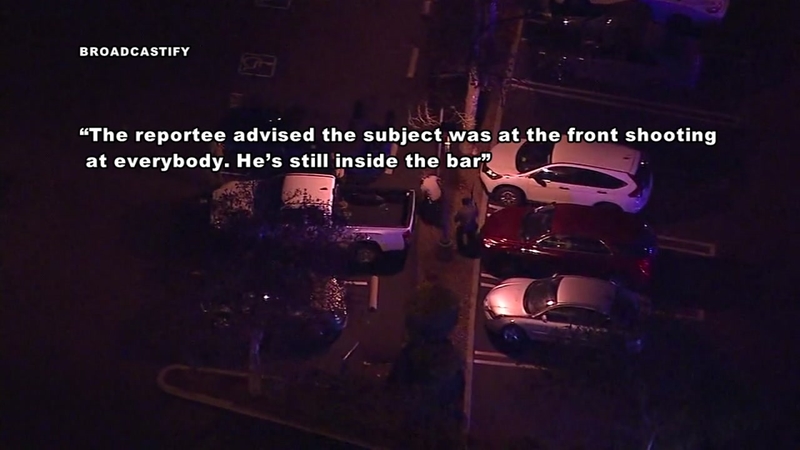 Law enforcement officials at the scene are heard communicating with dispatch.

"One person advising there is a subject inside shooting," a dispatcher says. "Approximately eight shots. The weapon was a black semi-automatic. He does not have a description."

"The reportee advised the subject was at the front, shooting at everybody. He's still inside the bar," the dispatcher says.

"...We need another unit to go cover the back on the northeast side. Subject advised to please come out. We're making entry," a law enforcement official says.

"Forced entry. We have multiple people down. We need a lot of ambulances," an official at the scene says. "We've got at least five down inside."

"We are on a landline with witnesses and victims who are inside the bathroom. We have people in the attic with nine other people at the Borderline," the dispatcher says.

The deadly shooting happened about 11:20 p.m. Wednesday inside Borderline Bar & Grill. Among the dead is a sheriff's sergeant, Ron Helus. None of the other victims have been identified.

Officials said the gunman, 28-year-old Ian David Long, immediately shot a security guard after entering the bar, turned to the right and shot several other security officials, employees and patrons.

Authorities said hundreds of people were inside the bar when the gunfire rang out, many of which were college students, some from Pepperdine University and California Lutheran University.