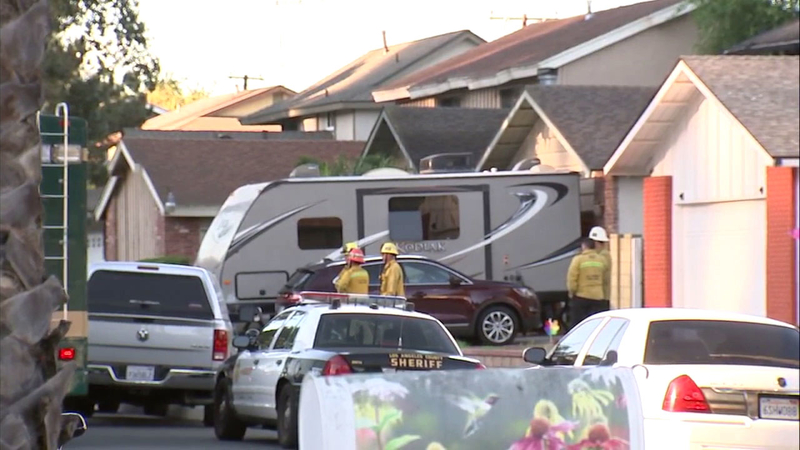 DIAMOND BAR, Calif. (KABC) -- Two people and their dog were found dead inside a home after a fire in Diamond Bar, and authorities said the incident is now a homicide investigation.

Authorities said they are looking for the couple's son, who they believe has mental health problems. They want to find him and speak with him about what may have happened at the home. He has been identified as 33-year-old Ryan Venti.

"It appears to be a husband and wife - we're assuming because it's in the bedroom that belongs to a husband and wife, but we can't confirm that yet until we get a coroner out here to get a better look. The bodies are so badly damaged. There's a dog in the bedroom as well found burned and dead. We don't know if these people were killed before the fire, or how the fire started just yet," Lt. John Corina said.

Authorities said the victims were an elderly couple who lived with their adult son. He wasn't in the home at the time of the fatal fire.

Neighbors said the elderly couple who lived in the house had been a fixture in the neighborhood for more than 30 years.

"They're nice people. Linda and John were peaceful, friendly, very talkative, very nice. Always helping out, reaching out," Teresa Herrera said. "It's very sad what happened to them."

Detectives said the extent of the burns will make it difficult to identify how they died.