Reward increases to $120K in search for killer of Tioni Theus, teen found dead on side of 110 Fwy. 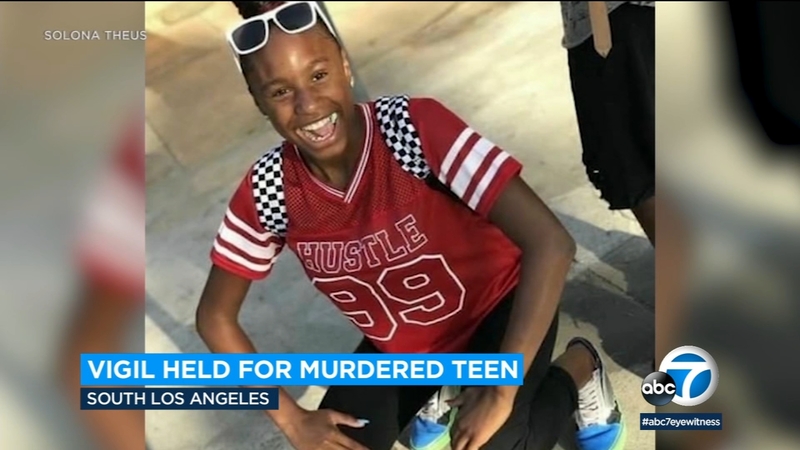 SOUTH LOS ANGELES (CNS) -- The county Board of Supervisors on Tuesday increased its reward offer for information leading to the arrest and conviction of the person responsible for the shooting death of a 16-year-old girl whose body was dumped alongside the 110 Freeway in South Los Angeles.

The county previously offered $10,000 for information in the January killing of Tioni Theus, while the state and city of Los Angeles each put up $50,000.

The Board of Supervisors voted unanimously Tuesday to bump up its portion of the reward to $20,000, bringing the total to $120,000.

Tioni's body was discovered Jan. 8 on the side of the freeway on the Manchester Avenue on-ramp near South Figueroa Street. She was last seen Jan. 7 after telling a family member she was going to meet a friend to go to a party, officials said.

According to Los Angeles County Supervisor Holly Mitchell's motion to extend and increase the county's reward offer, Tioni "lived in Compton and was a student at Centennial High School. She was reportedly living with her father as her mother recovered from a serious hit-and-run accident. Family members say she was a straight-A student and enjoyed dance and golf.
EMBED More News Videos

The victim's family and community activists gathered to call on elected officials to establish a reward for information leading to an arrest in the case.

"Investigators are urging anyone with information about this incident to contact the California Highway Patrol. A reward will encourage members of the public to come forward with information that can help identify the individual(s) responsible for her death.''

Speaking with community activists at a news conference earlier this year, Rashida Kincy, a cousin of Tioni, described her as a "vibrant young lady that was just cut from so much that was ahead of her.''

"This has been a tragedy to my family, to the community,'' she said.