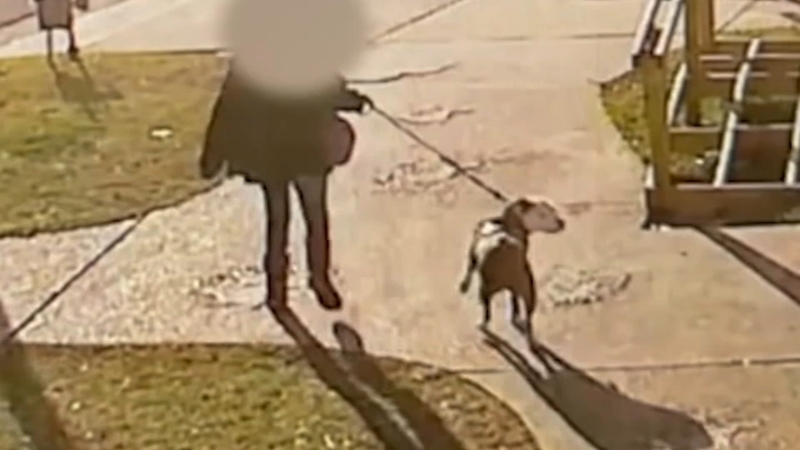 Dog that attacked 3-year-old girl to be euthanized

SPRING, Texas -- After a two-day hearing, a dog that attacked a 3-year-old girl earlier this month in Texas and left her with severe injuries to her face will be euthanized, a justice of the peace ruled.

During an administrative hearing on Tuesday, officials issued the ruling saying the dog, named Kingston, would be put down. The dog bit 3-year-old Ronin Waldroup at the Loose Caboose restaurant in Old Town Spring on Jan. 9.

As the little girl entered the restaurant, the dog, who was seen wearing a service vest, bit her face, family members said.

A spokesperson for the Waldroup family issued the following statement shortly after the decision:

"The family can finally breathe knowing this dog won't be back out in restaurants wearing vests, mauling more people. We won a small part of the battle today and we're preparing to win the war. Jennifer Romano's blatant disregard for the law and public safety needs to be brought to light and businesses need to know how to look out for other people like her.

The number of fake service dogs in the U.S. is continuing to rise and businesses have a legal responsibility to their customers to ensure that the animals in vests are truly service animals. Hamilton at your Service, LLC's focus is bringing to light their rights to protect not only themselves, but their customers so nothing like this ever has to happen. There are questions you should be asking and behaviors you need to look out for. We're here to walking management through the ins and outs to uphold ADA compliance, unlike the loose caboose and many other unaware businesses in Houston."

Attorneys representing the dog's owner and Ronin first appeared in court on Monday before Montgomery County Precinct 3 Justice of the Peace Matt Beasley.

Ronin's parents argued the dog couldn't have additional training that would prevent an attack from happening again.

"I don't want anyone else to go through this," said Ronin's mother, Cleveratta Gordon-Waldroup. "We are standing firm on putting Kingston down."

The family's attorney had previously said they normally would not ask for the dog to be euthanized but said it needs to be done since the dog has had previous issues, including a June 14, 2020 attack on the dog owner's previous roommate.

A 3-year-old girl was bitten by a dog in a service vest while at a restaurant in Old Town Spring. Now, new surveillance video from the restaurant gives a closer look at how it all unfolded.

"In general, the (victim's) family is against euthanization," said family spokesperson and service dog advocate Kaydin Downey. "But this dog has had previous bite cases before, and [the dog's owner] has continued to put a service dog vest on it and continued, not to just take it on walks unmuzzled, but to take it in mass groups of people like restaurants and stores. So regardless of its history, she's not taking preventative action to protect the public, and so, in this case, the family does want the dog euthanized for the safety of the community."

In surveillance video of the attack obtained by ABC7's sister station ABC13, the woman and the dog are seen walking down the sidewalk with the girl's father, James Waldroup, walking not far behind her. The video does not include audio, but body language indicates an exchange between the two.

"There was an accident," James recalled saying to the dog's handler. "[I said,] 'You cannot leave. My daughter is bleeding in a restroom and you're running down the road.'"

The woman then got in a car with a man and left.

Days later, the dog was taken into custody by authorities after the owner was identified. The animal was being kept at the Montgomery County Animal Shelter. The Harris County Sheriff's Office told ABC13 that evidence would be presented to the district attorney's office for potential criminal charges against the owner.

Downey said Friday that the family planned to pursue civil action against the owner as well.