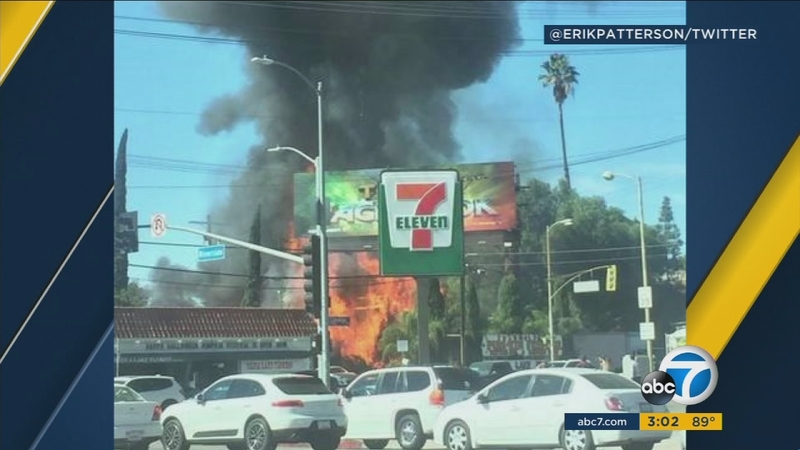 The fire was reported at the pumpkin lot at Cahuenga Boulevard and Riverside near the 101 Freeway offramp around 1:54 p.m.

Firefighters had the blaze extinguished within 24 minutes. There were no injuries to people or animals or damage to structures reported. But many of the pumpkins and the property itself appeared to be destroyed.