There's been a rise in deadly crashes in California while people have been staying home because of the novel coronavirus, according to new data.
KABC
By Marc Cota-Robles 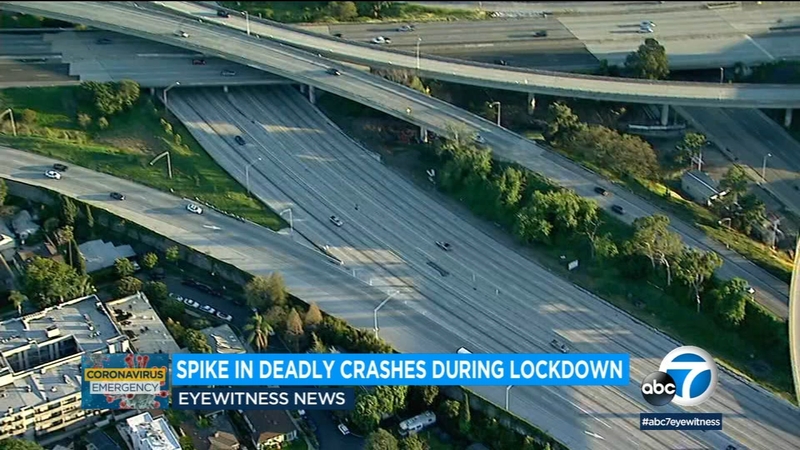 US sees spike in deadly crashes during lockdown, data shows

LOS ANGELES (KABC) -- While the novel coronavirus pandemic has led to people staying at home and driving less, new data finds that emptier roads may actually be more dangerous.

Preliminary data from the National Safety Council shows the fatality rates per miles driven increased by 14% nationally in March compared to last year.

The council found the spike coincides with an 18.6% drop in miles driven in March compared to the same period from last year, and there was also an 8% decrease in total number of roadway deaths.

According to the council, Connecticut had a 42% increase in deaths.

CHP is cracking down on speeding after seeing drivers going too fast on empty California freeways during the coronavirus pandemic.

"Disturbingly, we have open lanes of traffic and an apparent open season on reckless driving," a statement from the president and CEO of the National Safety Council Lorraine M. Martin said.

Last week, the Los Angeles Police Department advised bicycle and pedestrian traffic to be more aware of the roads, saying that officers have responded to a spike in traffic fatalities compared to this time last year.