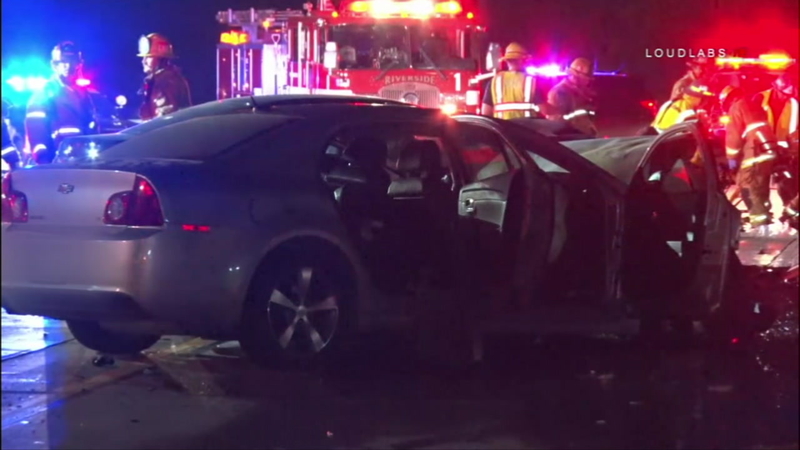 2 killed, 1 injured in wrong-way crash on 91 Freeway in Riverside

RIVERSIDE, Calif. (KABC) -- A DUI suspect was arrested after two people were killed in a wrong-way crash early Friday morning on the 91 Freeway in Riverside, authorities said.

Two women in the victims' vehicle were pronounced dead at the scene, the spokesperson said. A male passenger in that vehicle was transported to a hospital with major injuries.

Officers arrested the male suspect as he was walking away from the crash site, according to the CHP.

A good Samaritan described efforts to rescue the innocent victims in the immediate aftermath of the impact.

"We wound up getting the back window broken. We got the front door open as well," Kevin Brown said. "And when I looked, to help the driver, I noticed that ... um ... I noticed that she was passed away. She was gone."