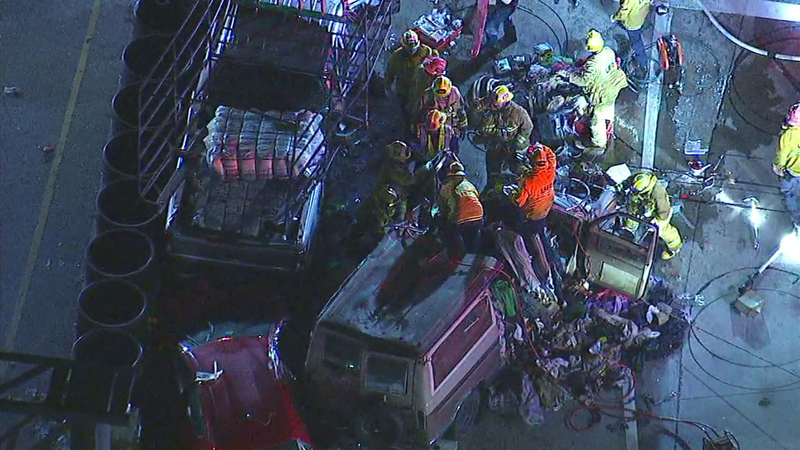 SHERMAN OAKS, LOS ANGELES (KABC) -- Firefighters used the Jaws of Life and sawed off the top of a van to rescue a driver trapped in the vehicle that was stuffed with items after a crash in Sherman Oaks.

Authorities said the crash happened around 5 p.m. in 15200 block of West Greenleaf Street. At least four vehicles were involved, including the van.

Three people were taken out of the van, and footage from AIR7 HD showed crews throwing clothes and other items into a large pile next to the van as they worked to reach the victim.

Authorities said two people were extricated from a vehicle and later a third victim was rescued, but it was unclear if all of the victims were in the van.

At least six people were evaluated at the scene and three declined to be transported to a hospital. Two of those people suffered non-life-threatening injuries.

During the extraction, a cat was seen jumping out of the vehicle and running off into the streets.

The crash happened at the offramp of the northbound 405 Freeway.