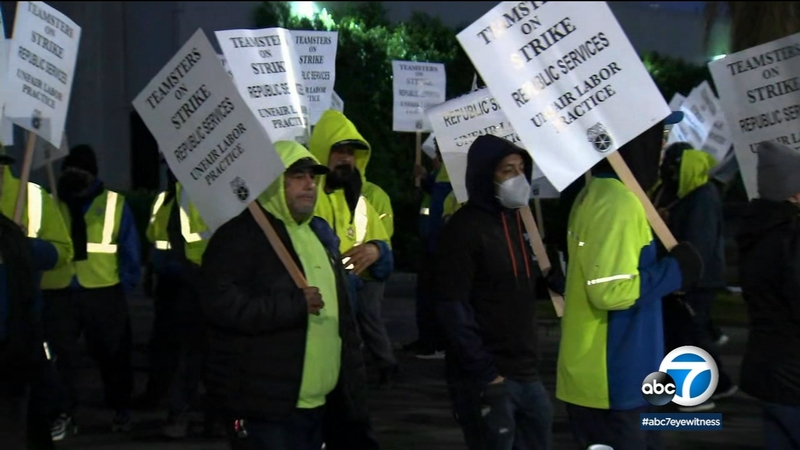 The union had announced a tentative agreement between Republic Services at Anaheim and Huntington Beach and Teamsters Local 396 earlier Thursday -- and city officials confirmed later Thursday that agreements had been ratified with both facilities.

Union members are expected to be back to work starting Friday.

"After several bargaining sessions with Republic Services, Teamsters Local 396 has now reached a tentative agreement with the company which includes a commitment to cease engaging in unfair labor practices and a fair contract for workers at Anaheim and Huntington Beach,'' the union said earlier Thursday in a statement.

"The need for regular trash service in our city is of critical importance, and I encourage Republic to work towards an expedient resolution, so that they may meet their contractual obligations to our community,'' Delgleize said.

About 400 workers for Republic Services from Teamsters Local 396 went on strike last Thursday as they accused management of making "unilateral changes without bargaining and threatening reprisals against employees who participate in union activity,'' according to a statement from the union.

The union's contract expired Sept. 30 and the sanitation workers voted Nov. 23 to authorize a strike.

"Republic Services is encouraged that negotiations have resumed with the union representing our Orange County employees, and we feel we are making progress toward a competitive contract that is fair for all. Republic is grateful for the support of our municipal partners, in particular, the city of Anaheim and its leaders, who have played a key role in facilitating the restoration of collection service across the region and encouraged a resolution to the work stoppage. This collaborative approached across all of the cities we serve will be essential to resuming normal service for our customers as quickly as possible.''