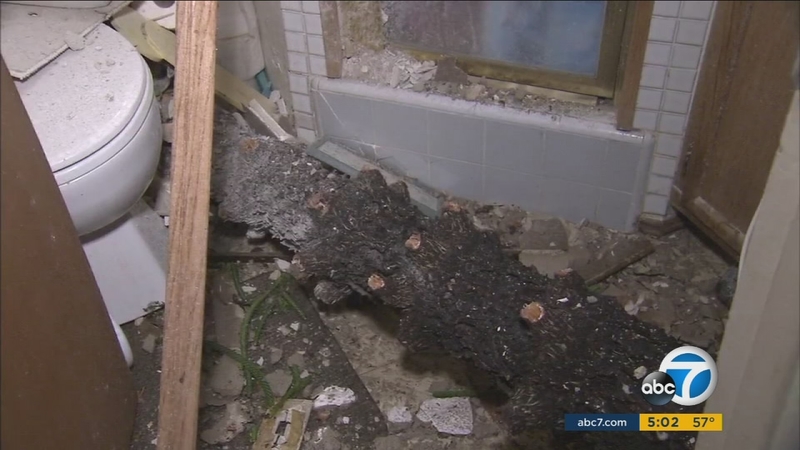 ANAHEIM, Calif. (KABC) -- A tree limb broken off by fierce winds pierced through the roof of a home in Anaheim on Monday.

Five people were inside the house when the 20-foot branch from the Norfolk pine broke off shortly before 7 a.m.

The residents - a husband, wife, their daughter and two others - were asleep at the time of the incident. The branch missed the homeowners' bedroom by about 6 feet. No one was injured.

A tree limb broken off by fierce winds pierced through the roof of a home in Anaheim on Monday, March 7, 2016.

"We heard the wind, hail and rain, then the loud crash. I opened our bedroom door, and there was a tree in the hallway and right through the bathroom, and water is pouring down everywhere because it broke through the waterline in the house and flooded it," said homeowner Robert Charnock. 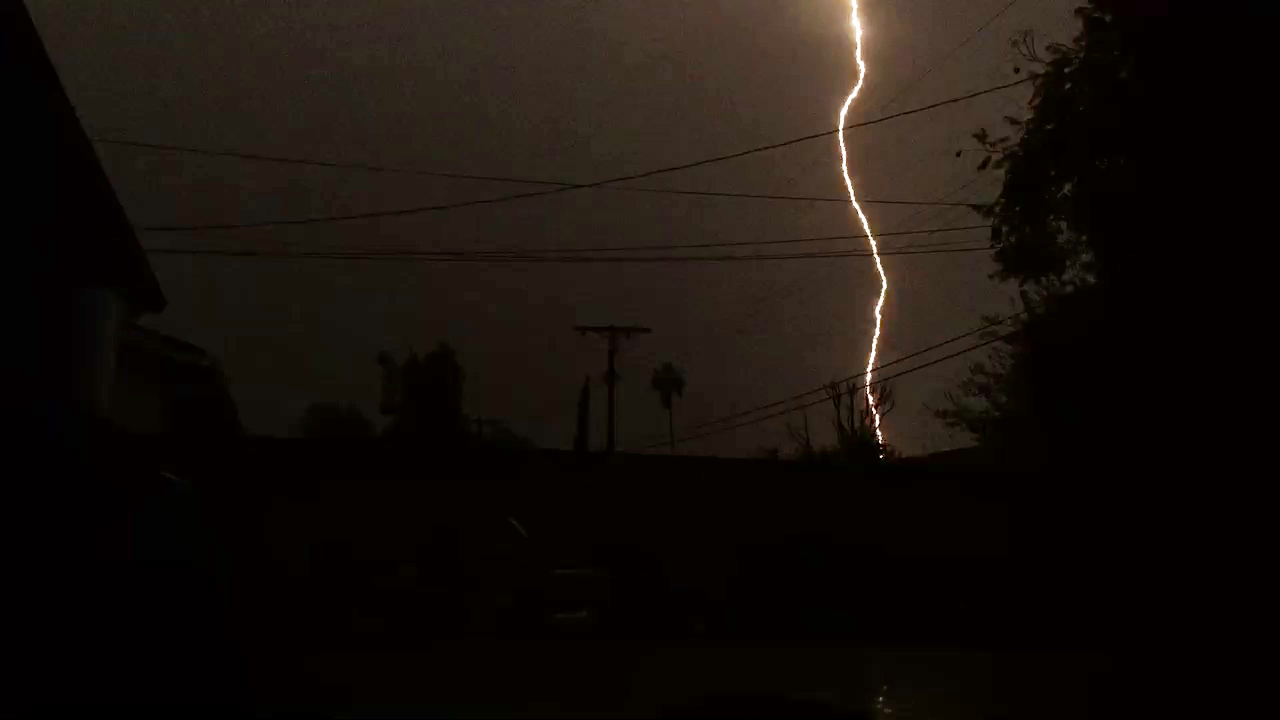 PHOTOS: Storm brings rain, lightning, hail to Southland
A storm system brought rain, lightning and hail to Southern California on Monday. See photos.
A tree-trimming crew dismantled the branch and were in the process of moving the pieces out. Authorities said the home was yellow-tagged, which means the residents will be allowed to enter the property to get their belongings, but they can't live there until repairs are made.

Anaheim wasn't the only Orange County city to feel the effects of the storm. Hail was reported as far south as San Clemente.

In Mission Viejo, a lightning strike caused a fire at a two-story business complex, which houses five businesses. The Orange County Fire Authority said firefighters quickly put the fire out and no one was injured. The property damage was estimated to be approximately $30,000.