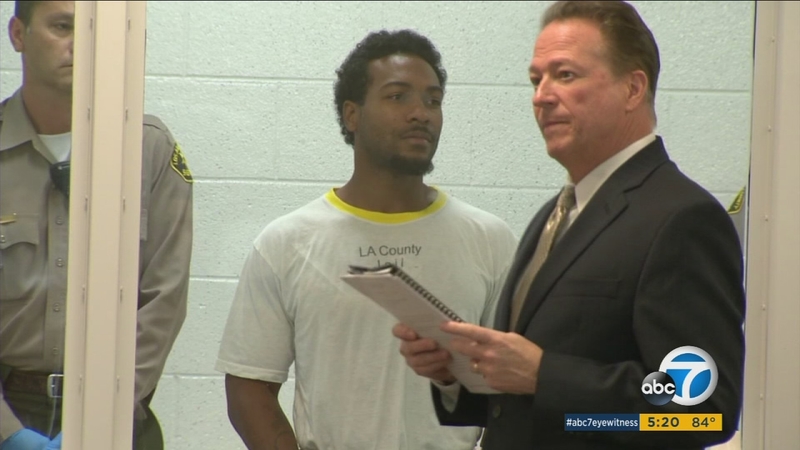 LOS ANGELES (KABC) -- A man suspected of killing a Los Angeles County Sheriff's Department sergeant in Lancaster has been charged with capital murder, according to the county district attorney's office.

Trenton Trevon Lovell, 27, faces one count of murder with special circumstance allegations of murder for the purpose of avoiding or preventing a lawful arrest and murder of a police officer.

Authorities said on Wednesday Lovell shot and killed Sgt. Steve Owen, 53, who had responded to a home in the 3200 block of West Avenue J7. According to Sheriff Jim McDonnell, Lovell approached Owen once he arrived and shot him. He then stood over Owen, shooting him four more times, McDonnell said.

Lovell was also charged with one count each of attempted murder with the allegation that he used a patrol car as a deadly and dangerous weapon and possession of a firearm by a felon with priors. He also faces two counts each of first-degree residential robbery and false imprisonment by violence with a knife.

After Lovell allegedly shot Owen, he attempted to take Owen's patrol car. Authorities said as a second deputy arrived on the scene, Lovell rammed the car before fleeing on foot.

He entered a home, authorities said, and held two teenage victims at knifepoint. Authorities arrested Lovell soon after, and the teens were unharmed.

A criminal complaint filed against Lovell claims he was on parole at the time of the crime and that he was convicted of robbery as a juvenile in 2006 and again as an adult in 2009.

According to McDonnell, Lovell has been arrested 11 times and served two stints in state prison.

Lovell is being held without bail. He was set to appear for his arraignment on Friday, which was then continued to Nov. 14 at the Antelope Valley Branch Courthouse.

During his hearing, Lovell kept his eyes on his family in the court room and would not look at anyone else.