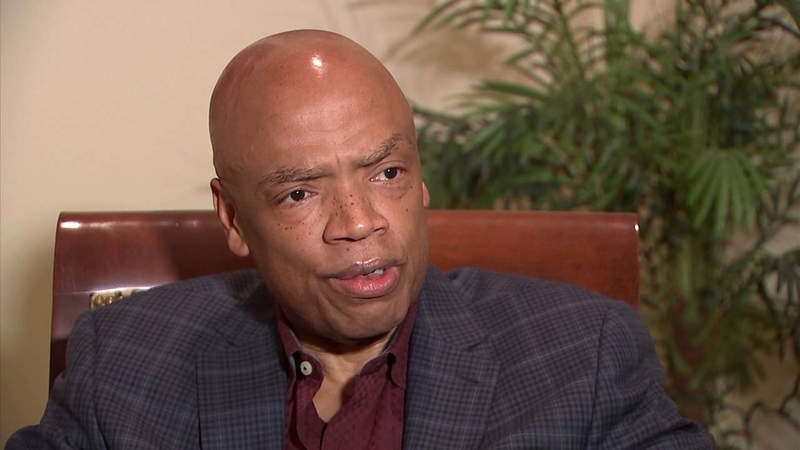 He handles his anger with dignity - but Ford is furious over the president's reported use of vulgar language to describe Ford's country, Haiti.

Trump questioned Thursday why the U.S. would accept more immigrants from Haiti and "s***hole countries" in Africa rather than places like Norway, as he rejected a bipartisan immigration deal, according to people briefed on the extraordinary Oval Office conversation. Trump on Friday denied using that language.

"It's either because you are fundamentally racist or ignorant, and I don't know which is worse," Ford said.

I first met Ford in 2010 in a soccer field in Port-au-Prince, Haiti. Immediately after a massive quake killed hundreds of thousands, Ford had flown in from Los Angeles and was desperately setting up a field hospital.

He was heartbroken over what had happened to his country but was determined to save as many people as possible.

"It's absolutely gut wrenching to see what has happened to this entire community," he said at the time.

Through the years, I've continued to cover his remarkable medical achievements - in Los Angeles and Haiti - never losing sight of the fact that this man came to America from an impoverished background and didn't even speak English.

Yet through hard work, he was awarded a scholarship to Princeton, then Harvard Medical School.

Now, as the chief of surgery at Children's Hospital L.A., he's saving lives in our community and all over the world.

"Individuals coming from that s***hole named Haiti can make significant contributions to the American society, can help heal the ills of American people," Ford said.

For generations, America has stood for hope. People come here with nothing more than a willingness to work hard, and as a result this country is rewarded -- that is Dr. Ford.

"I stand here as living proof. My entire family is living proof of the veracity of this creed that, yes the American dream is open to all of us, regardless of our skin complexion," Ford said.