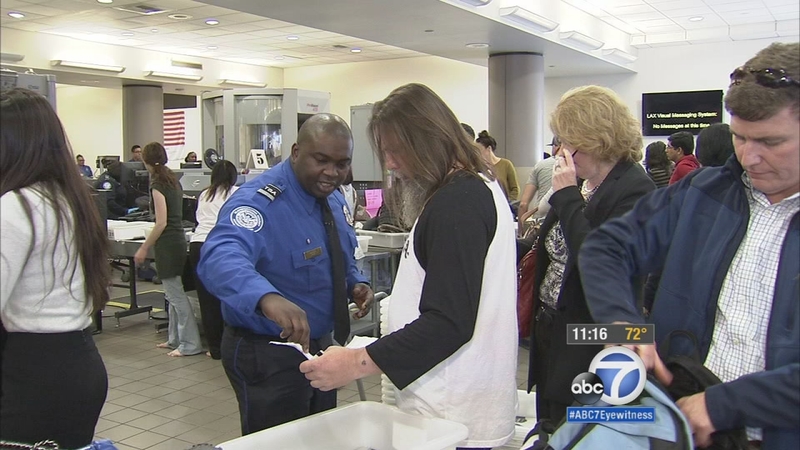 Tony Grigsby replays those events in his head now. He remembers the terminal was crowded, just like any other day, when suddenly gunfire erupted.

It was on Nov. 1, 2013 that investigators said Paul Ciancia entered the terminal armed with a semi-automatic weapon and hundreds of rounds of ammunition looking for targets.

"I thought it was a training exercise that I wasn't aware of...my mind was in disbelief. This possibly couldn't happen at LAX," Grigsby said.

Grigsby said he saw the suspect coming right at him. He started into the man's eyes and said he knew it was the gunman.

He said the suspect was calm, as if he were walking through an amusement park. But in the terminal, it was sheer panic. Terrified passengers were running in every direction.

Grigsby said his first thought was to help people get out of the gunman's path, when all of the sudden he was hit. He was in excruciating pain, but knew he had to get out because the gunman was firing at him.

"It was life or death, and after the first shot I knew that if I went down I wouldn't be here right now. So it became flight or fight so I knew I had to keep moving..." he said.

Now, he is back at his post at the airport. But in the months after the shooting, he took a position at the TSA headquarters on the East Coast. He decided to return and said he was inspired by his former coworker and friend who died in the line of duty.

"He was just a good person. A special person. It still kind of chokes me when I think about it," he said.

A memorial was set up for Hernandez in the TSA lounge. It's a reminder to everyone about the risks the agents face every single day.