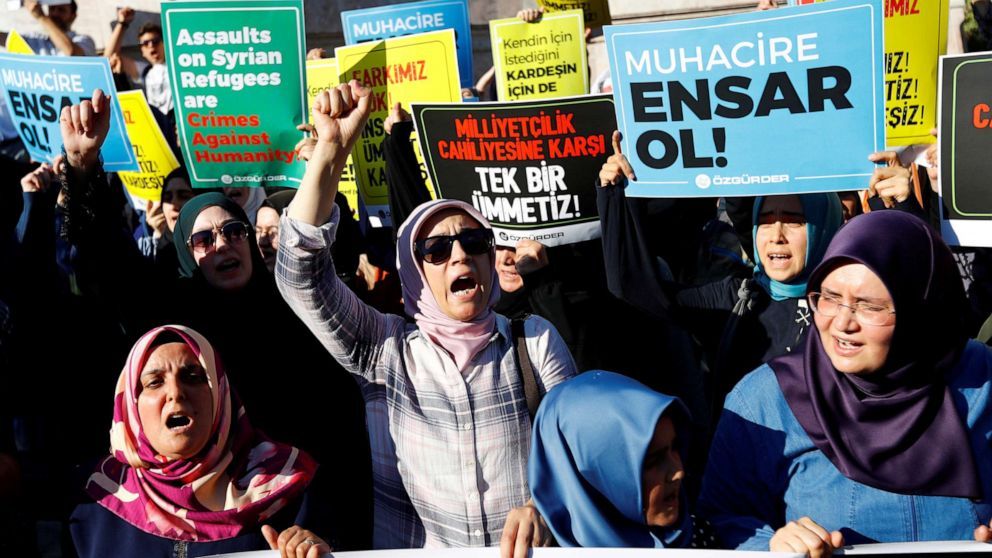 The Turkish government forcibly deported Syrian refugees over the Syrian-Turkish border in the months before the invasion of Syria to fight the Kurds, according to a new report by Amnesty International.

Despite an absence of official statistics on how many refugees have returned to Syria, the report claims that hundreds of refugees were forcibly deported to Syria after being coerced or conned into signing "voluntary return" documents.

Some of those interviewed claimed they were forced into signing the document by being physically beaten, while others believed they were signing a document that confirmed they had received a blanket at a refugee detention center.

Amnesty claims to have verified 20 individual cases such as these. Those individuals claim to have been sent across the Syrian border on buses with dozens of other refugees who, handcuffed with plastic ties, appeared to also have been deported against their will.

Turkey, according to Reuters, has previously denied sending Syrians home against their will.

There are 3.6 million registered Syrian refugees in Turkey, according to the United Nations High Commissioner for Refugees. The Turkish President Recep Tayyip Erdogan said he wants to return as many refugees from the Syrian Civil War as possible back across the border. Referring to his plans to create a "safe zone" at the Turkish-Syrian border, Erdogan told lawmakers from his own party that the military action will "rebuild an area for 1 million people, for those who want to return to their country and don't have a home to go back to," according to the AP.

The Turkish government claims that more than 300,000 refugees have already left Syria voluntarily, but Amnesty claims its findings refute that claim, saying that "millions of refugees were at risk."

"Turkey's claim that refugees from Syria are choosing to walk straight back into the conflict is dangerous and dishonest," Anna Shea, a researcher on Refugee and Migrant Rights at Amnesty International, said in a statement. "Rather, our research shows that people are being tricked or forced into returning."

"It is chilling that Turkey's deal with Russia this week agrees to the 'safe and voluntary return' of refugees to a yet-to-be-established 'safe zone.' Returns until now have been anything but safe and voluntary - and now millions more refugees from Syria are at risk," said Anna Shea.