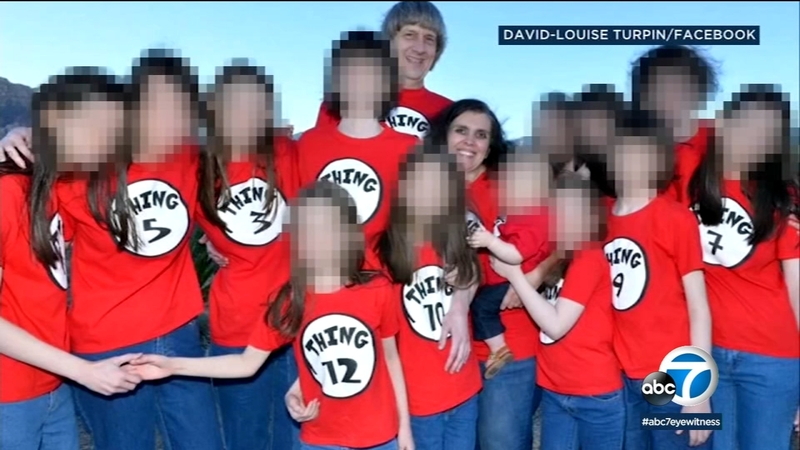 RIVERSIDE COUNTY, Calif. (KABC) -- The Riverside County children rescued after years of torture and abuse at the hands of their parents have struggled to get the care guaranteed to them.

Now, thanks to an ABC News investigation, a new team is taking over.

That ABC News investigation revealed that some of the 13 Turpin children couldn't access resources and services after their parents were arrested in Perris.

David and Louise Turpin will spend the rest of their lives behind bars for the horrific abuse of their 13 children.

In an effort to make sure the children aren't victimized again, Riverside County has put together a team of several representatives from various county departments to "improve outcomes for vulnerable children and adults."

There are new questions about the treatment the Turpin children received while in the care of Riverside County.

This comes after an ABC News 20-20 exclusive revealed allegations that even after the 13 siblings escaped from that Perris house of horrors, and were placed under the care of Riverside County, they weren't getting the help they desperately needed.

"The public deserves to know what their government did and didn't do and how we failed these victims," said Riverside County District Attorney Mike Hestrin.

Hestrin said at the time that included not being able to gain access to the money that was donated by so many people from all around the world.

A former deputy public guardian says she will cooperate with Riverside County's investigation into the alleged mistreatment the 13 Turpin children, who were held captive and tortured inside their Perris home for years, experienced after they were rescued.

Former U.S. District Court Judge Stephen Larsen is leading an independent investigation looking into other potential government failures involving the Turpin children. He was expected to finish the investigation by next week, but county officials say he'll miss that deadline.

"This county is committed to making the improvements needed in the system, which will result in better, safer outcomes for vulnerable children and adults in our community."