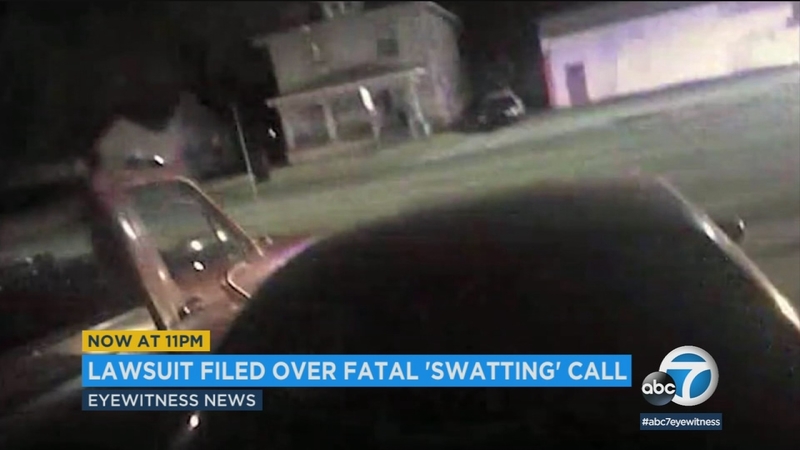 WICHITA, Kan. (KABC) -- The family of a man who was killed by police after a "swatting" call has sued the city of Wichita, Kansas.

The federal lawsuit seeks unspecified damages related to the death of Andrew Finch last month. The unarmed 28-year-old man was shot by police officers who were responding to a phony call about a shooting and kidnapping at Finch's Wichita home.

Tyler Barriss of Los Angeles is facing a series of charges, including involuntary manslaughter, for allegedly placing the hoax call.

The shooting drew national attention to a practice called "swatting," in which a person makes up a false report to get emergency responders to descend on an address. The hoax call reportedly was made after a dispute over a small wager online in a "Call of Duty" online video game tournament, according to Dexerto, a news service focused on gaming.

"The family wants justice and reform - they want to make sure Andy's legacy means something and maybe some other family won't have to experience the tragedy they are experiencing because of a change in policy and procedures," said civil rights attorney Andrew M. Stroth, who is representing the family.

Barriss has been linked to other swatting incidents, including a conviction for making a false bomb threat to ABC7 in 2015. Also, police in Calgary, Canada have linked him to a call made in that city on Dec. 22, 2017.

However, Barriss is not named as a defendant in the Finch family's civil lawsuit.

"Wichita leadership is trying to put all the blame on the young man in California who placed the swatting call," Stroth said. "But let's be clear: the swatter did not shoot the bullet that killed Andy Finch. That was an officer working under the direction of the Wichita Police Department."