Hours before the appeals court ruling, Lyft confirmed in an online blog post that it would shut down in the state, suspending its rideshare operations beginning at 11:59 p.m. Thursday.
KABC
By Marc Cota-Robles and Sid Garcia 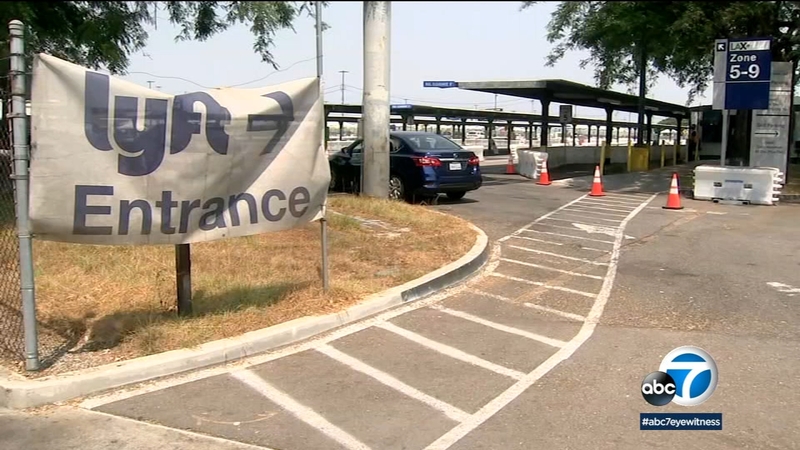 LOS ANGELES (KABC) -- An appeals court has allowed ride-hailing giants Uber and Lyft to continue treating their drivers as independent contractors while an appeal works its way through the court.

Both companies had threatened to shut down if a ruling went into effect Friday morning that would have forced them to treat all their drivers as employees, a change they said would be impossible to accomplish overnight.

Lyft said in a statement following the ruling, "While we won't have to suspend operations tonight, we do need to continue fighting for independence plus benefits for drivers."

A California shutdown would have dealt a staggering blow to Uber and Lyft at a time when both are still sustaining huge losses while the pandemic has scared off millions of riders who aren't traveling as much or are worried about possible exposure to the novel coronavirus.

The state represents a big part of Uber and Lyft's businesses. It accounted for 9% of Uber's worldwide rides before the pandemic caused people to avoid traveling. California is even more important to Lyft, which doesn't operate outside of the U.S. besides Canada. It accounted for 21% of Lyft's rides before the pandemic, but that figure dropped to 16% during the April-June period as more people stayed at home and there were few places to go.

Uber also released a statement which said in part, "We are glad that the Court of Appeals recognized the important questions raised in this case."

Around 100 rideshare drivers took part in a rally at LAX before Uber and Lyft got the reprieve from the judge. The drivers at the rally told us they want the status of being an employee, not an independent contractor.

Rideshare drivers are currently classified as independent contractors, but under a change as a result of the passage of Assembly Bill 5, they would be re-classified as employees. A shift would mean the drivers would receive benefits like overtime, sick leave and expense reimbursement. A state court gave the companies 10 days to re-classify drivers as employees.

Uber CEO Dara Khosrowshahi says the San Francisco-based company will likely shut down service temporarily in California if it's forced to classify its drivers as full-time employees.

Uber CEO Dara Khosrowshahi said if the court didn't reconsider, it would have been difficult for the San Francisco-based company to switch over its model that quickly, forcing it to temporarily shut down.

The companies are hoping to overturn the California law underlying the lower-court decision with a ballot initiative in the upcoming election. Uber and Lyft are among the biggest contributors to a $110 million effort to get the initiative, Proposition 22, passed to rescind the law.

It will be business as usual for Uber and Lyft in California, at least for the next few months. But things could change during the fall, especially if they can't persuade California voters to approve a ballot initiative in November.