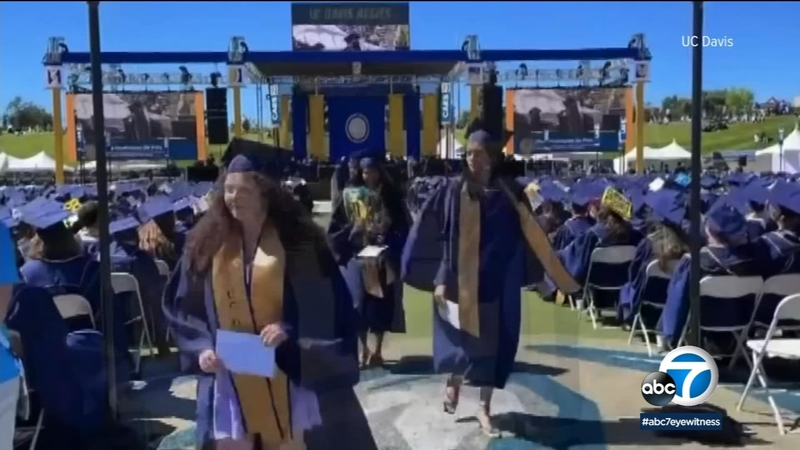 DAVIS, Calif. (KABC) -- At the University of California-Davis, many graduates and their families are upset after Friday's graduation ceremony was cut short.

UC Davis' commencement ceremony on Friday was cut midway through, leaving hundreds of graduates without a chance to walk across the stage, after the campus received 36 calls from people requesting medical aid.

Most of the requests were for heat-related illnesses, UC Davis said in a statement.

"Based on health and public safety concerns due to heat and at the urging of the UC Davis Fire Department, Fire Prevention Services, and Environmental Health and Safety, we had to end today's commencement ceremony early," UC Davis said. "We deeply regret that some students did not get a chance to walk across the stage."

The temperature Friday morning in Davis reached the mid-90s and by evening it had topped 100 degrees.

Saturday's graduation ceremony began at 8 a.m. and ended at 9 a.m. with no students walking across the stage.

UC Davis invited those who did not walk at Friday's ceremony to return Sunday, for a separate ceremony.