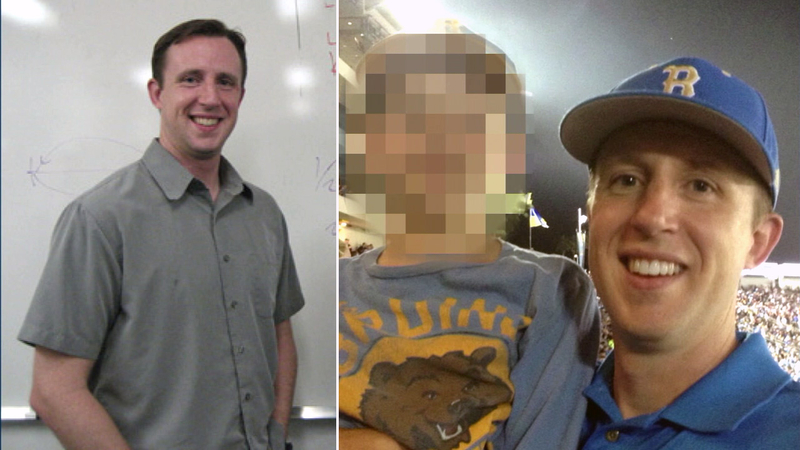 EL SEGUNDO, Calif. (KABC) -- Professor William S. Klug, the victim in the murder-suicide at UCLA, was well-known in the Little League community, where he coached his 10-year-old son's team.

In El Segundo as teams gathered to play Wednesday evening, they mourned the loss of a man described as kind and gentle, and very proud of his affiliation with UCLA.

"It was shocking to say the least," said Lance Giroux, a friend of Klug.

"For a guy like Bill it's even more shocking, based on his personality and the kind of guy he was. To have something like this happen is just unfathomable."

Klug was a professor of mechanical and aerospace engineering at UCLA. He also received his master's degree from the school in 1999, then earned a Ph.D. from Caltech in 2003.

The UCLA website describes his research at the school as focusing on theoretical and computational biomechanics.

One of the early papers he coauthored in 2003 was a physics-based simulation of a bullet wound to the human skull.

Klug was married and had two children, a son in fourth grade and a younger daughter.

He earned his undergraduate degree in engineering physics in 1997 from Westmont College in Santa Barbara and remained connected with the school as an alumnus.

"We're deeply saddened by this tragic news and send our condolences to his wife, Mary Elise, also a Westmont graduate, and their family," Westmont College President Gayle D. Beebe said. "Professor Ken Kihlstrom remembers him as a gentle, kind person without a trace of arrogance. Dr. Klug was an excellent student at Westmont who conducted student research with two professors during his college years."

A profile on the Westmont website said his wife, Mary Elise Richter Klug, was also an engineering major at the school and does consulting as an aeronautical software engineer. They married in December 1999.

Klug's body was found in an engineering building on campus around 10 a.m. Wednesday, along with the body of another man who has not yet been identified.

Klug was identified as the victim of a homicide in which the shooter then apparently turned the gun on himself. A note was found nearby, but its contents have not been disclosed.

The discovery of the two bodies triggered a lockdown and massive search of the UCLA campus involving hundreds of officers from multiple agencies. Officials said at the time they were not sure if there was still an active shooter on campus.

By noon, police Chief Charlie Beck declared the incident was a murder-suicide and the lockdown was lifted.