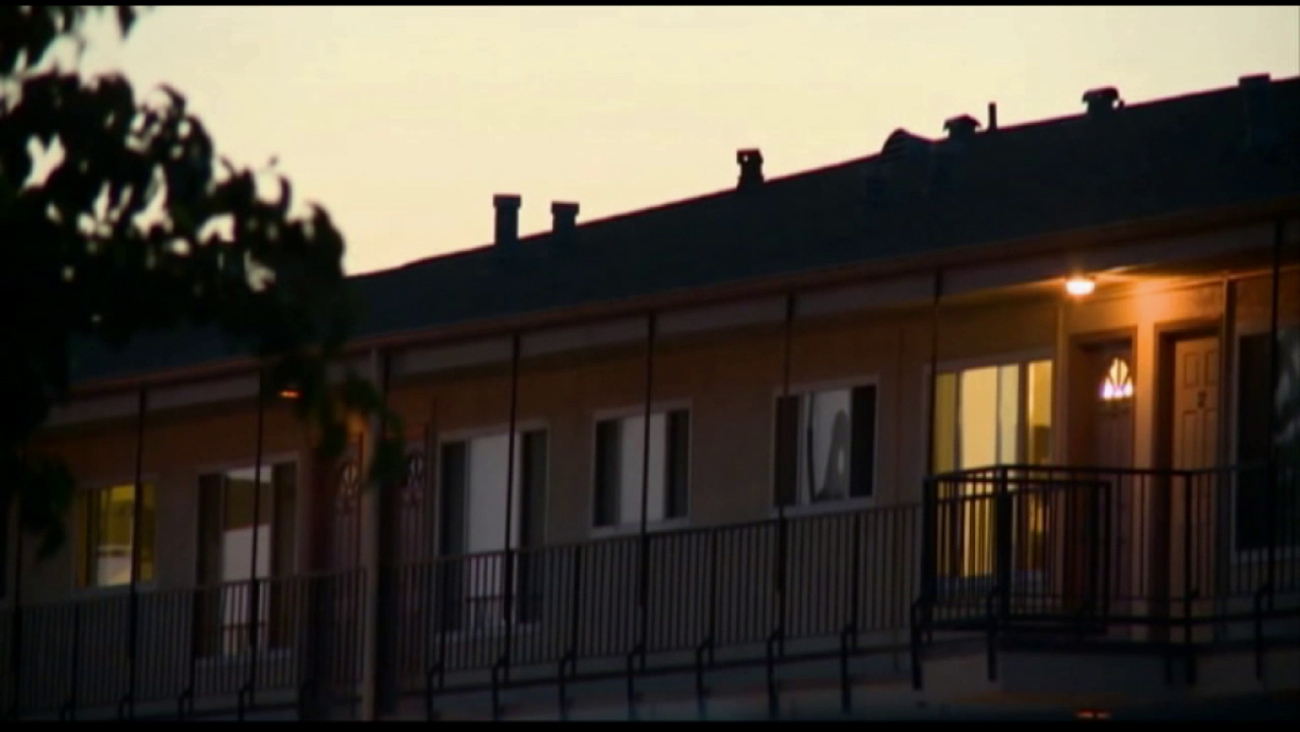 A UC Santa Barbara student was arrested for negligent discharge of a firearm at his Isla Vista apartment on the 6500 block of Pardall Road on Tuesday, May 27, 2014.

ISLA VISTA, Calif. (KABC) -- A University of California, Santa Barbara student has been arrested for negligent discharge of a firearm at his Isla Vista apartment.

The suspect's neighbor called authorities around 2:30 p.m. Tuesday after a bullet went through the neighbor's wall.

Santa Barbara County sheriff's deputies responded to the apartment on the 6500 block of Pardall Road and found that a bullet had been shot through the wall from a connecting apartment, deflected off of a TV stand and lodged into the adjacent wall, narrowly missing the resident inside.

Authorities went to the apartment where the bullet came from and questioned the resident, Kevin Tym. Investigators said the 21-year-old admitted that he was playing with his handgun and accidentally fired a Glock 17, 9mm round through his neighbor's wall.

During a search of Tym's apartment, authorities found seven firearms and about 1,000 rounds of ammunition. He was also in possession of high capacity assault rifle magazines, officials said.

All of the firearms were legally owned by Tym, according to investigators. Tym was arrested and booked for a violation of negligent discharge of a firearm and possession of high capacity magazines. His bail was set at $2,500.

Tym's arrest comes in the wake of last Friday's Isla Vista massacre, in which 22-year-old Elliot Rodger is accused of fatally shooting three people, fatally stabbing three males in his apartment, and injuring 13 before shooting himself.