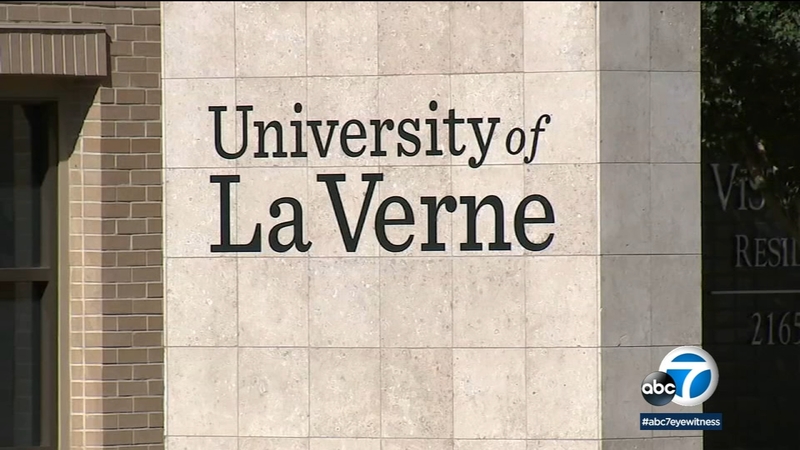 LA VERNE, Calif. (KABC) -- A former University of La Verne student has been arrested for reporting false threats to the school and a group she belonged to that she herself secretly sent, police say.

Police say Anayli Dominguez-Pena, 25, of Ontario made up threats that targeted a student-run social justice group that she was a leader of.

The alleged threats outraged fellow students, who defended those targeted in the messages. The threats targeted the school, the student group and even Dominguez-Pena herself.

Some of the threats used the logo of a fraternity on campus. Police say now there is no indication the fraternity had knowledge or involvement in the threats.

The threats escalated so much that the university even canceled classes for a day.

"The whole series of events were very upsetting to our campus community," said Rod Leveque, a university spokesman. "We pride ourselves on being safe, inclusive."

"Hopefully this gives us an opportunity to begin to heal, to begin to move on and to begin to come together as a campus community again."

Police say their investigation led them to conclude that Dominguez-Pena had sent the threats herself, at least 10 of them starting Feb. 28.