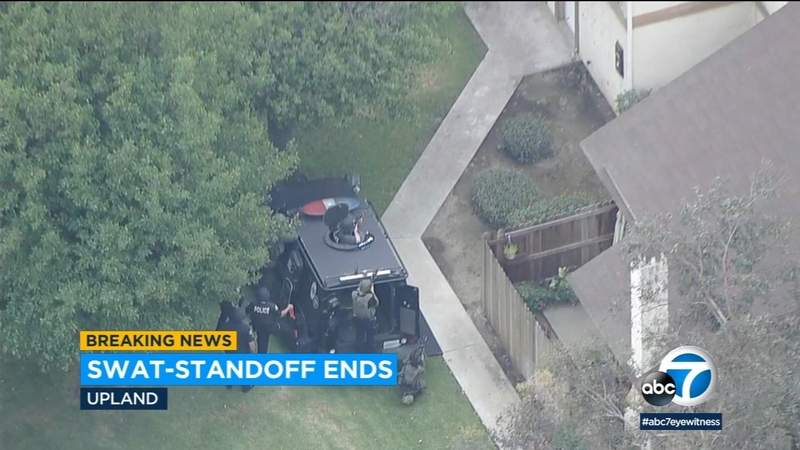 UPLAND, Calif. (KABC) -- A SWAT standoff came to a peaceful conclusion in Upland Wednesday morning, but for a time authorities were seriously concerned about the lives of several children.

The barricade situation started around 6:30 a.m. after a resident on Wiseman Way, near the intersection of 9th Street, called police saying they heard an argument inside an apartment complex. Police say that person claimed they heard people saying there was a "body dump" in progress.

Some time after officers responded and a barricade situation ensued, a woman emerged from the house and she was detained.

When asked about the children that were possibly involved in the incident, the woman told police they were out of harm's way with a relative. For hours, however, police had no way to confirm that, with the suspect still barricaded inside the home.

Authorities were able to confirm the whereabouts of the children around 10 a.m. and the suspect surrendered shortly after. Officers who entered the residence to clear it found a bed-ridden elderly person who was not harmed.

The suspect was taken into custody and the children were accounted for without further incident.

The barricade had prompted nearly Western Christian School to close for the day.