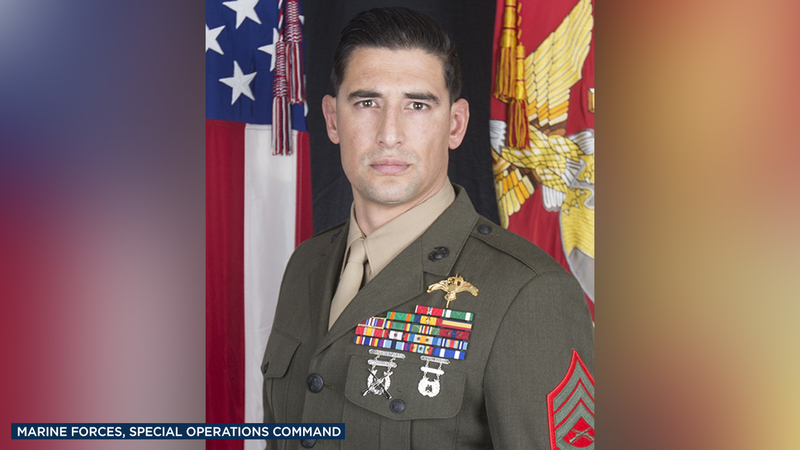 US Marine killed in Iraq identified as Simi Valley man

SIMI VALLEY, Calif. (KABC) -- One of two United States Marines killed during a combat operation in Iraq over the weekend has been identified as a Simi Valley man, federal authorities announced Tuesday.

Gunnery Sgt. Diego D. Pongo, 34, was supporting Iraqi forces during a mission to eliminate an ISIS stronghold in a mountainous area when he died Sunday, according to the U.S. Department of Defense.

Capt. Moises A. Navas, 34, of Maryland was the other Marine killed in Operation Inherent Resolve, which remains under investigation.

Both Marines were assigned to the 2nd Marine Raider Battalion at Camp Lejeune in North Carolina.

After enlisting in the Marine Corps in 2004 and spending his initial years as a rifleman, Pongo went on to become a critical skills operator and earned the coveted Marine Special Operator insignia in 2011.