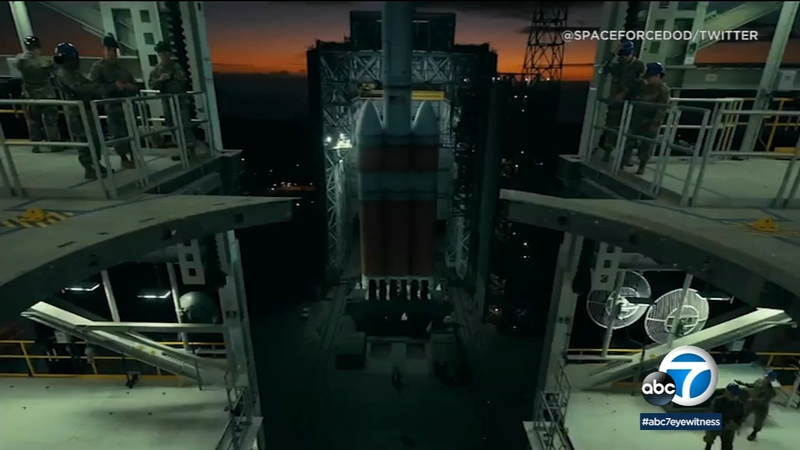 This SoCal city might be US Space Force headquarters

PALMDALE, Calif. (KABC) -- Palmdale is being evaluated to possibly become the permanent headquarters of the United States Space Force.

Palmdale and the Antelope Valley have been highlighted for a long history of advancing the aerospace industry and space exploration.

"We proudly refer to the Antelope Valley as the Aerospace Valley' because of its long and distinguished history as the cradle and proving grounds of aerospace and space innovation. It is the home of generations of test pilots breaking the sound barrier, astronauts testing the Lunar Landing Research Vehicle, and commercial aerospace companies testing privately-owned spacecraft,'' said Rep. Mike Garcia, R-Santa Clarita.

The site would organize, train and supply military forces and assets for the U.S. Space Command headquarters, which will lead military space operations.

The next phase of the evaluation process will score communities based on how they relate to the mission, infrastructure capacity, community support, and overall costs to the Air Force, Palmdale officials said.

Colorado Springs, Colorado, remains the location for the provisional headquarters for U.S. Space Command headquarters until a permanent headquarters location is selected and facilities are ready in approximately six years.

An official decision on the permanent location is expected by early next year.