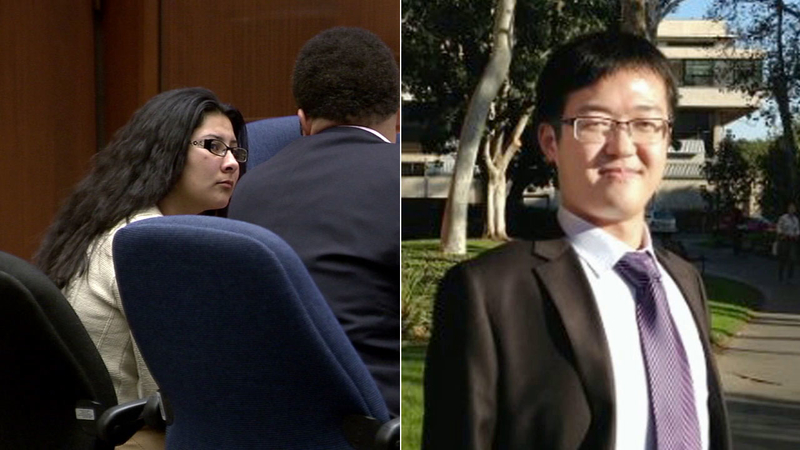 LOS ANGELES (KABC) -- A jury found an 18-year-old woman guilty of first-degree murder Thursday in the 2014 beating death of a USC graduate student from China.

In July 2014, Ji was walking home when authorities said video captured Guerrero and her co-defendants - Andrew Garcia, 20, Jonathan Del Carmen, 21, and Albert Ochoa, 19, - stopping Ji on the street to rob him. They were armed with a metal bat and a wrench.

Security cameras from the electric engineering student's apartment building captured him as he returned home bloodied after the attack. His roommate found Ji dead inside the apartment the next morning.

"No outcome will bring back their son. But they don't want their son to die in vain," said Rose Tsai, the attorney for Ji's parents. "They are very appreciative for our system to give them the justice they've been hoping for and deserve."

The assault with a deadly weapon charge was for a second attack on a man and woman at Dockweiler State Beach, according to the Los Angeles County District Attorney's Office.

Guerrero is expected to be sentenced on Nov. 28. Her co-defendants' trials are scheduled to start in November.