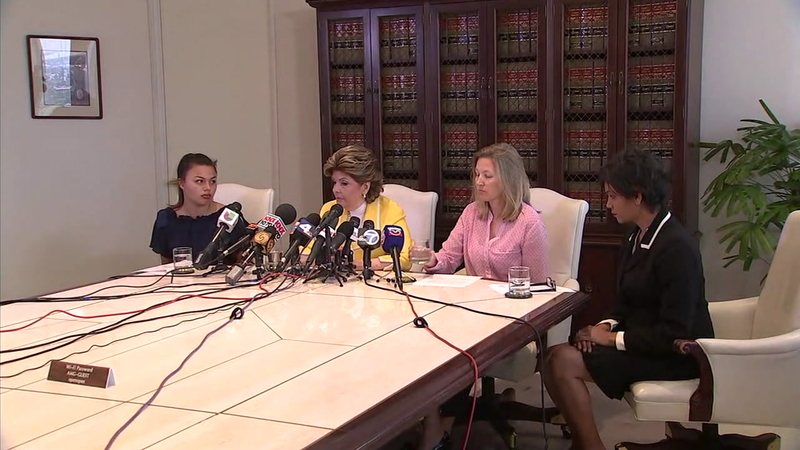 Angelique Stubblefield is among those women, who were students at the university and sought medical care from the gynecologist.

Stubblefield and another suspected victim, who did not want to reveal her name, appeared alongside attorney Gloria Allred on Monday when she announced a new lawsuit against Tyndall and USC.

"I was shocked to recently find out USC knew about his behavior since 1990 but did nothing to protect women like me from abuse," Daniella Mohazab said.

One victim named in the lawsuit as Jane Doe 24 claims that while Tyndall was examining her, he looked closer at her genitals and asked if she was Filipino. Another woman said that after Tyndall performed a pelvic exam, he "suddenly and without warning performed a rectal exam, penetrating me from behind with his finger. I was absolutely stunned and horrified."

Stubblefield said Tyndall told her during a 1999 office visit that she had a tilted cervix and needed photos of her for his research. She later learned from other doctors she did not have a tilted cervix.

Another victim said Tyndall asked her personal questions about her sexual experiences and gave her sexual advice she didn't ask for. At least one victim said she called the USC hotline to share her story. She was told LAPD would contact her, but said they never did and it happened in May.

"These victims are not going away. They're not going to stop until there is an acceptable form of justice," Allred said.