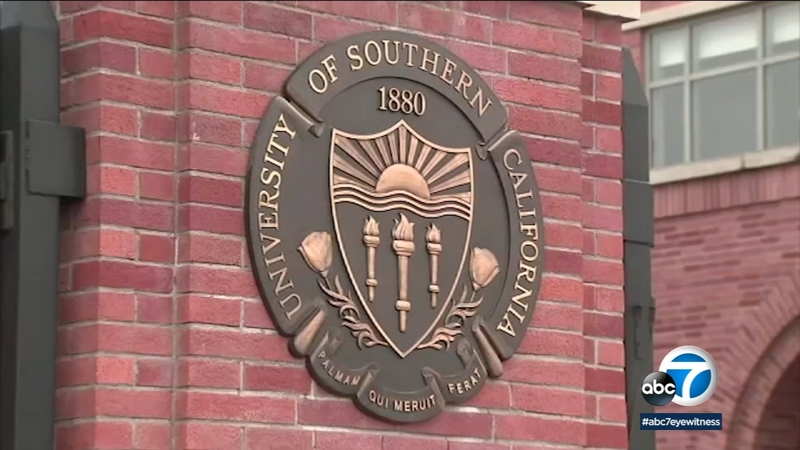 LOS ANGELES (KABC) -- Another scandal is brewing over medical treatment of students at the University of Southern California.

More than 20 men have joined a lawsuit alleging sexual misconduct and discrimination against male gay and bisexual students by the school's only men's health physician.

The plaintiffs allege Dr. Dennis Kelly performed unnecessary rectal exams and made inappropriate and humiliating remarks to them for engaging in sexual acts with other men. When students tried to switch doctors, they were told Kelly was the only men's health physician on campus.

The initial lawsuit was filed with six plaintiffs on Feb. 11 and now another 15 are joining the legal action.

"The acts performed by Dr. Kelly included asking young men to disrobe in front of him without providing any privacy or covering and asking them to climb onto an examination table with their bare buttocks in the air and then anally penetrated them which he insisted was a necessary part of their examinations," said attorney Kelly Van Aken, who represents the 21 plaintiffs.

The plaintiffs, many of whom were seeing a physician for the first time without a parent, say they now know the rectal exams Kelly performed on them were not medically necessary or appropriate. Neither was his alleged insistence that they disrobe in front of him. Several plaintiffs complained, asking to see another doctor and were told Dr. Kelly was the only Men's Health physician at USC.

The amended civil lawsuit filed Tuesday, alleges that: "Despite receiving repeated complaints regarding Dr. Kelly's misconduct, USC actively and deliberately failed to investigate, discipline, or address Dr. Kelly's sexually abusive and discriminatory behavior and instead, continued to employ Dr. Kelly for years, allowing him unencumbered access to sexually abuse, harass, and discriminate against Plaintiffs and other male gay and bisexual USC students in his care."

The complaint highlights the experiences of each of the 19 unnamed John Doe plaintiffs and two named plaintiffs. John Doe 6 alleges that in his December 2008 appointment, "almost immediately after entering the room, Dr. Kelly began asking John Doe 6 a series of invasive questions regarding his sexual history including whether he ever had unprotected sex with a man. John Doe replied that he had unprotected sex with a man, to which Dr. Kelly responded that such an act was, 'dirty,' making John Doe 6 feel shamed and humiliated."

Van Aken believes there are many similarities between this case and the allegations against former USC gynecologist George Tindall. She says they have not yet received a response from USC and that she expects more plaintiffs to come forward.

"I think primarily our students and former students are looking for accountability from the university and from Dr. Kelly, frankly, to acknowledge that what happened to them was not OK and to put policies and procedures in place to make sure this doesn't happen again," Van Aken said.