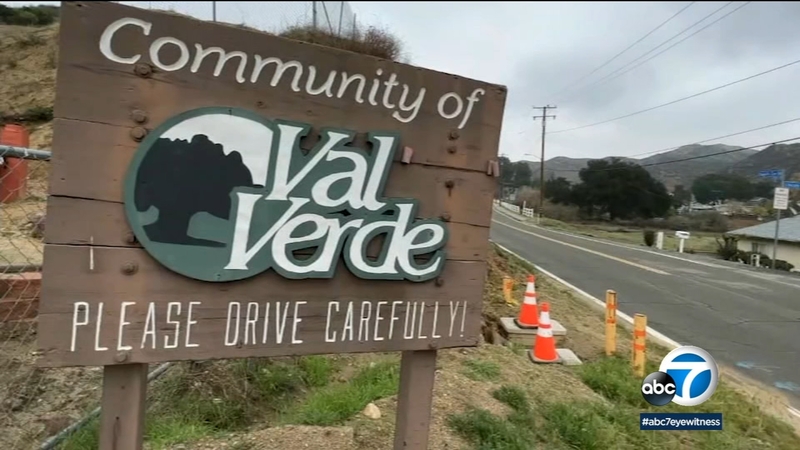 VAL VERDE, Calif. (KABC) -- The quiet community of Val Verde is surrounded by hills and located just west of the 5 Freeway near Castaic. Back in the 1930s and '40s It was advertised as a year-round playground for all.

And for those who grew up here, it has great memories. Timothy Williams grew up in Val Verde and still lives here.

"Once we got here, I saw oak trees and hills and my eyes opened up: 'Oh my goodness ,I can go crazy up here,'" Williams said in an interview with ABC7.

At a time when African Americans weren't allowed to buy homes in most areas, this is where they could buy property and build a community.

"I didn't realize that in my childhood, I learned that later. We didn't really know that Val Verde Park was set aside to the degree it was, all though it was fairly obvious," says Shelby Jacobs, who lived here in the 1940s and '50s.

He excelled in sports and academics. He became student body president at Hart High School. He believes the tight-knit community was a good foundation as he became an engineer and then worked in the Apollo Space Program at Rockwell.

"Anywhere I would've grown up, because of my personal disposition, I think I would've done well. But Val Verde was very special because I learned to swim early, I was exposed to things and helped give me a well rounded self-confidence," says Jacobs.

Val Verde became know as the "Black Palm Springs". The main park became a gathering place for the community. It's where they held dances and beauty contests, selecting Miss Val Verde and a lot of other activities for both young and old -- including an Olympic-size swimming pool.

"Serenity was very important to us it was country rural we had farms and so forth around us," says Jacobs.
Williams is now the historian for Val Verde. He grew up here in the 1950s and '60s. He says it brings back wonderful memories.


People here say over the years the demographic has changed. Some of the original African-American families moved out, and other families have moved in. But what hasn't changed is a feeling of community.

And that's something Williams is trying to share with a younger generation.