Pasadena to name new public stage after Van Halen, which formed in the city 50 years ago 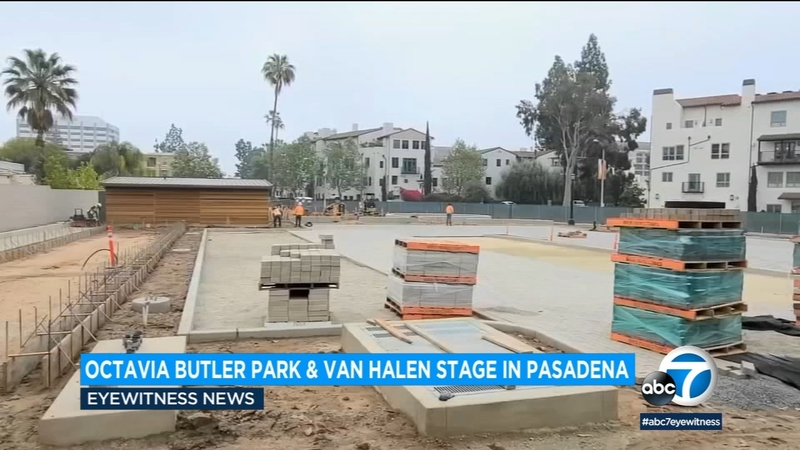 The city plans to name the stage at a new park under construction the Van Halen Stage.

The Van Halen family moved to Pasadena from the Netherlands in 1962. A decade later, Alex and Eddie formed their band and soon added singer David Lee Roth and then bassist Michael Anthony.

The band went onto worldwide success, becoming one of the best-selling groups in rock history with more than 80 million albums sold.

Eddie Van Halen died of cancer in 2020 at age 65 and the group officially disbanded.

Rock guitar legend Eddie Van Halen, who died Tuesday from cancer at age 65, and his bandmates all had deep roots in Southern California.

The city of Pasadena is building a new 1-acre park at 701 East Union Street between El Molino and Oak Knoll avenues.

The city held public outreach to solicit suggestions for the name of the new park, with the most popular suggestions being for Eddie Van Halen and Octavia E. Butler, an acclaimed science-fiction writer who was born in Pasadena. Ultimately, a city commission recommended naming the park for Butler and the performing stage not just for Eddie, but the entire band.

On Monday, the city council decided to approve Van Halen for the stage name but then decided to name the overall park the Playhouse Village Park.

Butler has already been honored by the city recently. Earlier this year, the Pasadena Unified School District board voted to rename a middle school after the writer.

Construction on the park is expected to be completed this summer.