When night falls, rats come out in full force around one Van Nuys home, and after residents spoke out Monday, city officials are trying to do something about it.

VAN NUYS, LOS ANGELES (KABC) -- When night falls, rats come out in full force around one Van Nuys home, and after residents spoke out Monday, city officials are trying to do something about it.

On Monday night, pest control specialist Tito Ortiz was out in the area and observed the rats. He said he saw so many rats around the home that he lost count.

"Big rats, medium rats, small rats," he said. "There is a rat infestation in that house."

His company can get rid of the home's rat problem, but said they would be trapped and killed. But Ortiz said the agency does not use poison to kill the rats because it can affect wildlife and people's pets.

One neighbor, who did not want to be identified, said he was happy that Eyewitness News witnessed the "rat crisis" at the home.

Lisa, the homeowner, argued in an interview Monday that the rats are a city issue.

"I think, in part, because it's the wash that runs behind most of our houses. I think it's also, in part possibly, because of the summer and the drought - the hot summer," she said.

But Andrea Moore, whose backyard is near the wash, said in the roughly two decades since she's lived in the area that she's never seen rats racing into her home.

"I don't think it's the wash to be quite honest," she said.

She and others are calling for the city to investigate the rat problem. On Tuesday, Councilwoman Nury Martinez said she is looking into the issue.

"The rat situation is appalling. I have asked LADBS to immediately look into the conditions of the property, as well as asking L.A. County agencies to assist with the vermin," she said in a statement.

A spokeswoman with the L.A. County Department of Public Health said inspectors headed out to the home, but no one was inside. As inspectors observed the outside of the property, they found an abandoned vehicle filled with trash and debris. Under the vehicle, more than 20 rat droppings were found.

Rub marks were also found on the fence on the west side of the property and on the house. The home was also covered with cardboard inside, according to the agency, and neighbors reported several cats lived there.

The agency made a referral to the city's animal services regarding the cats. 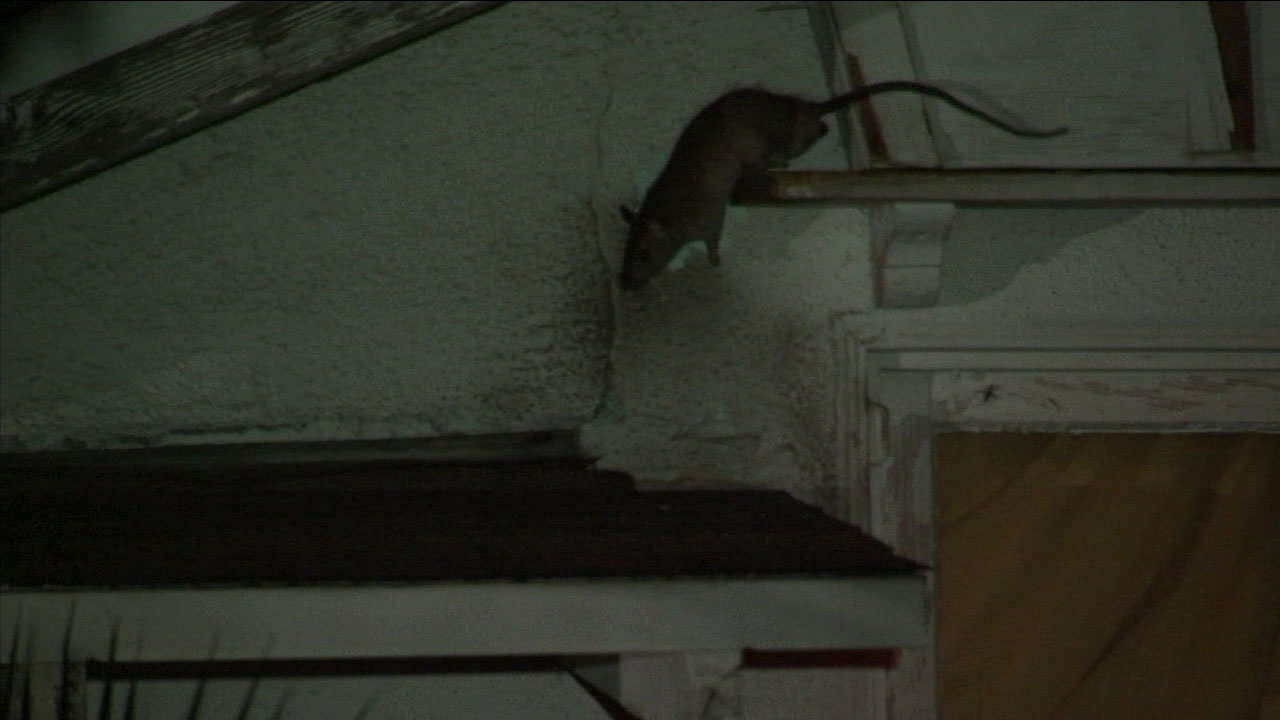