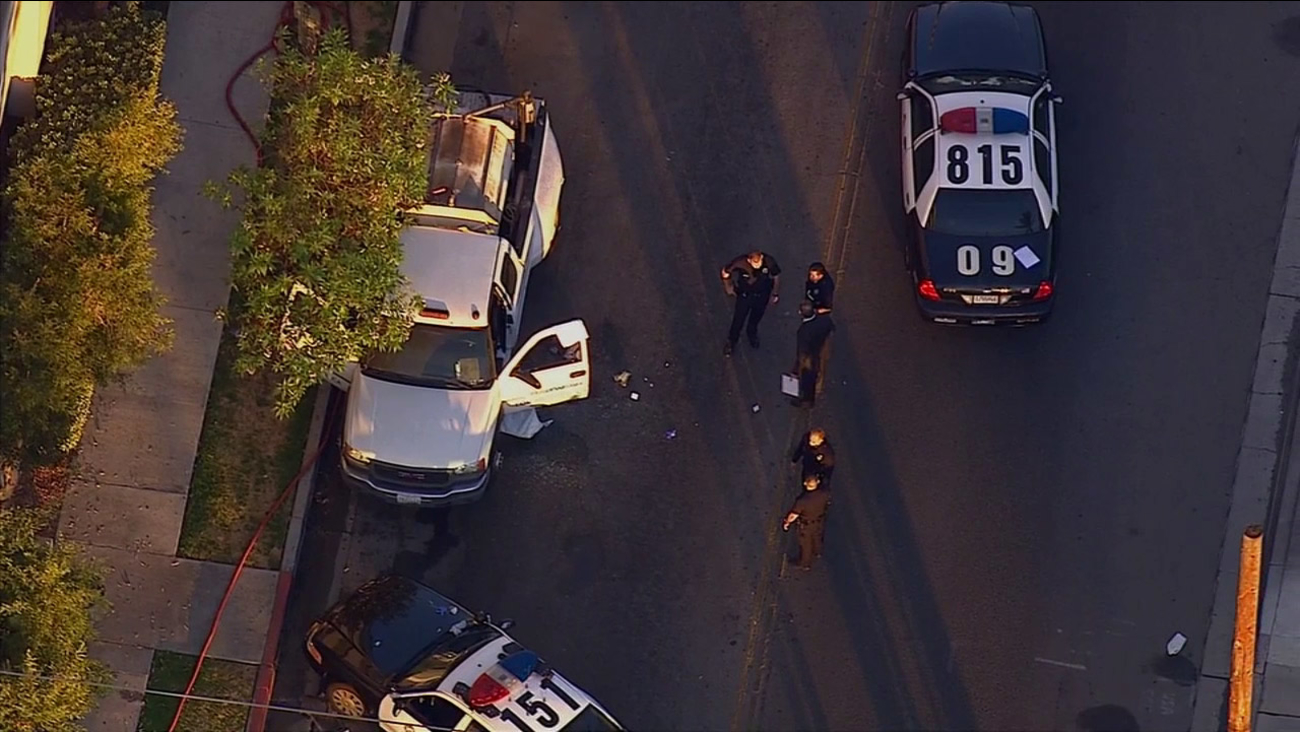 Police investigate a shooting at a Target parking lot in Van Nuys on Tuesday, July 22, 2014.

VAN NUYS, LOS ANGELES (KABC) -- A suspect has been arrested after a man was fatally shot at a Target parking lot in Van Nuys early Tuesday morning.

Authorities say the shooting happened at Hatteras Street and Sepulveda Boulevard at about 5 a.m. A man in his 40s was rushed to Holy Cross Medical Center, where he died. His name has not been released.

A suspect was arrested, and a weapon has been recovered. He was also taken to a local hospital because police suspected he was under the influence of drugs.

The circumstances of the shooting remain unknown. Authorities say the suspect is a known gang member, but the victim is not believed to be involved with gangs.

The investigation into the shooting is ongoing.