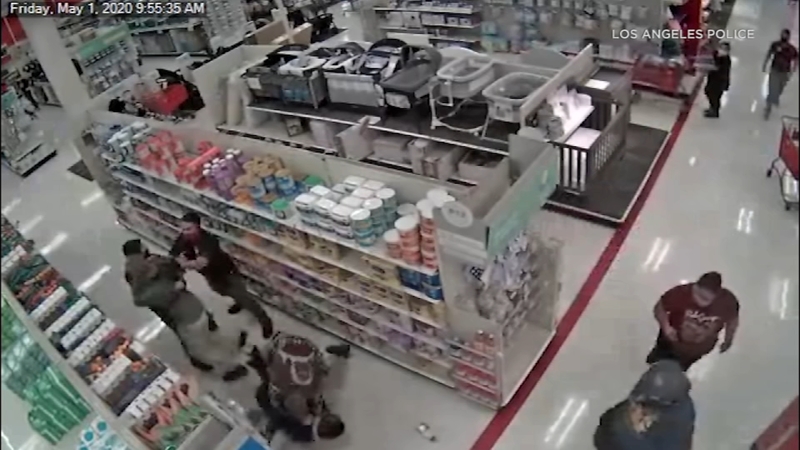 VAN NUYS, LOS ANGELES (KABC) -- A security guard was left with a broken arm following a physical confrontation with two men who refused to wear masks inside a Target in Van Nuys.

The incident on May 1 started when a group of four security guards were escorting two men out of the store, according to the Los Angeles Police Department. A physical confrontation ensued when one of the two men turned out and started hitting one of the guards, which was captured on surveillance video.

One of the guards suffered a broken arm. Additional details on his condition were not immediately available.

The suspects, who are believed to be homeless, left the store but were arrested this weekend, according to Lt. Jim Gavin.

Gavin says this is the fourth reported fight over masks at that store since they became a requirement. Target did not immediately respond to a request for comment.