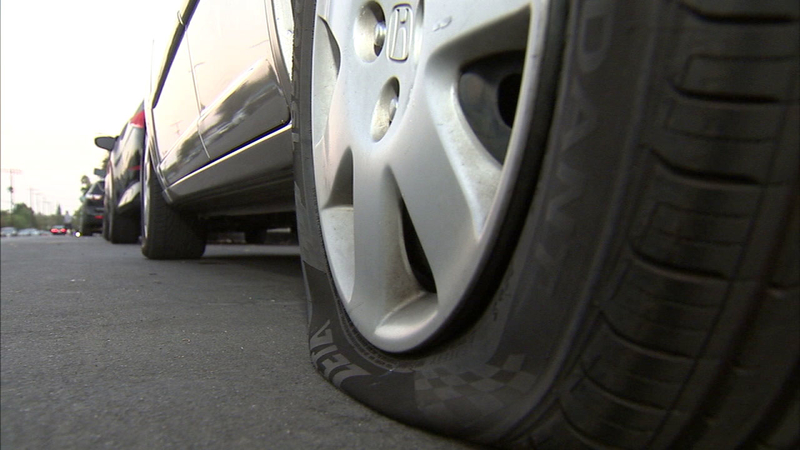 Woman arrested for slashing tires on 96 vehicles in South LA

According to an initial estimate by the Los Angeles Police Department, between 20 and 30 vehicles were vandalized in the 3300 block of Montclair Street. They included minivans, sedans and SUVS that were parked curbside in front of homes.

The LAPD later said tires were slashed on 85 vehicles and then increased that figure to 96.

The suspect was identified as Danielle Brown, 29. She was booked into jail with bail set at $21,000.

Officers were seen leaving their business cards on the victims' windshields as part of the investigation. It was unclear if any of the vandalism was seen by witnesses or captured on surveillance video.