Attorneys had tried to block him from having to face a deposition, stating he has nothing to add for Vanessa Bryant's lawyers.
City News Service 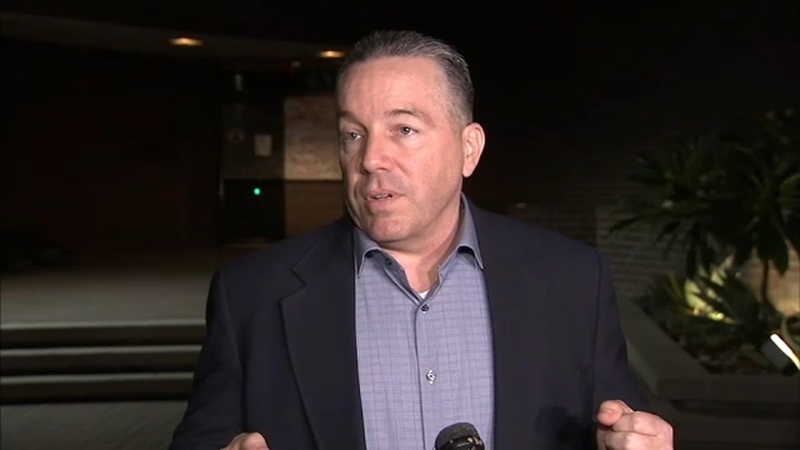 LOS ANGELES (CNS) -- Los Angeles County Sheriff Alex Villanueva was questioned under oath on Wednesday by lawyers for Kobe Bryant's widow in a contentious lawsuit alleging that deputies shared cellphone photos taken at the site of the helicopter crash last year that killed the NBA legend, the couple's 13-year-old daughter and seven others, City News Service has learned.

Los Angeles County attorneys had tried to block Villanueva from having to face a deposition, stating in court papers that he has nothing to add to information Vanessa Bryant's lawyers don't either already have or cannot find elsewhere.

Each deposition was limited to four hours.

It was not immediately known where the deposition took place or its length, but it's expected the session was videotaped for use during trial. A source did not say whether Osby has been deposed.

After the judge made his ruling, Skip Miller, an outside attorney for Los Angeles County, said he disagreed with the court's decision, but would make both Villanueva and Osby available.

"Their testimony will not change the fact that there is no evidence any photos taken by county first responders have ever been publicly disseminated,'' Miller said in a statement last month.

Vanessa Bryant sued the county last year, alleging in Los Angeles federal court that she and her family suffered severe emotional distress after learning that deputies who responded to the Calabasas crash site on Jan. 26, 2020, snapped and shared gruesome photos.

Her attorneys contend that days after Villanueva promised Bryant to secure the scene and make sure no photos were publicly disseminated, a civilian came forward and complained that a sheriff's deputy had shown the photos at a bar in Norwalk.

A judge ruled Vanessa Bryant won't have to undergo a psychiatric evaluation during her lawsuit against Los Angeles County over photos taken at the Kobe crash site.

It was also alleged that a firefighter showed cellphone photos to a group of off-duty firefighters and their partners during an awards ceremony reception.

The county has responded in court papers by listing personnel who had access to crash scene photos taken as part of the investigation and denied any photos were shown to unauthorized persons.

"County personnel worked tirelessly to secure a massive crash site, identify the victims, and notify the families -- and, as Bryant herself requested, to make sure none of their photos ever became public,'' county lawyers wrote. "And none have.''

When Villanueva heard of allegations that a deputy trainee had revealed the photos on his phone to someone in a bar, the sheriff opened an investigation, the county stated in court filings.

"Sheriff Villanueva was keeping his promise to Bryant by making sure no photos got out. The deputies, on and before Jan. 30, 2020, deleted the photos from their phones -- months before'' the lawsuit was filed.

"The department determined that all personnel who had taken, shared, or received crash site photos had, in fact, deleted them,'' according to county attorneys. "No one had sent a photo to anyone outside LASD. To this day, and despite media hyperbole about leaked' photos, no county crash site photos have ever been publicly disseminated.''

Bryant's widow is seeking millions of dollars in damages for alleged emotional distress caused by allegations that the photos were shared.

An evidentiary hearing in the case is scheduled on Nov. 29 in downtown Los Angeles.