The 20-year-old from Houston has been missing for more than 50 days, and now, her case is being exposed to millions on social media.
KTRK 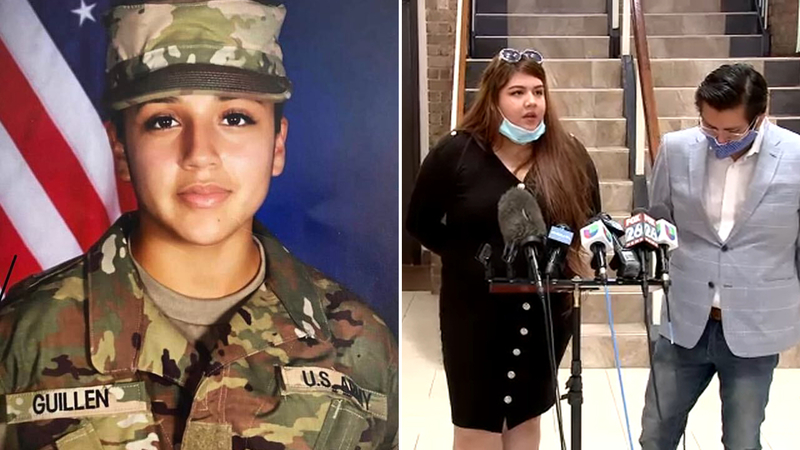 KILLEEN, Texas -- It's been more than 50 days since Fort Hood soldier Vanessa Guillen was reported missing, and some celebrities have raised awareness on their social media platforms.

Mexican-American film actress Salma Hayek posted to her Instagram, with 15 million followers, the following picture in an effort to bring attention of her disappearance.

Relatives of missing Fort Hood solider Vanessa Guillen are holding onto hope that she is still alive.

Her sister, Mayra Guillen, said she spoke to Vanessa the day before she reported her missing on April 22.

The founder of lifestyle brand SpoiledLatina also posted to her Instagram, trying to bring the matter to the public's attention.

The family is calling for transparency from Fort Hood investigators, claiming that other soldiers have disappeared from the base before.

Fort Hood officials and special agents from the U.S. Army Criminal Investigation Command are asking for the public's help to find Vanessa.

A reward of up to $15,000 is now being offered for credible information on the whereabouts of the missing Fort Hood soldier from Houston.

Vanessa was last seen wearing a black shirt. She is described as being of Hispanic descent, 5 feet 2 inches, and 126 pounds with black hair and brown eyes.

Guillen's family will be hosting a peaceful protest at the Catholic Church in Killeen on Friday.

FIEL in Houston is helping the family to try to get them answers and help from federal investigators in this case.

The family has started a White House petition, which has surpassed 144,000 signatures and a website for Vanessa's case.