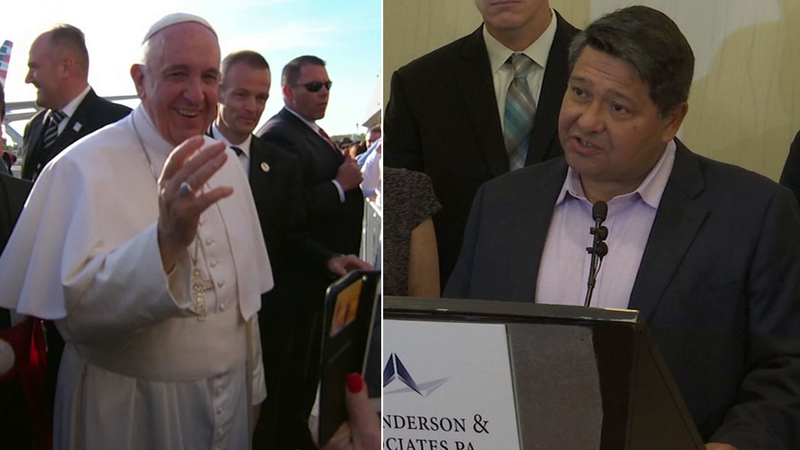 LOS ANGELES (KABC) -- A local man is suing the Vatican after claiming a priest sexually abused him as a child. He now wants the names released of the alleged 3,400 priests worldwide connected to sexual abuse cases.

Manny Vega said he was abused by a priest at his Oxnard church when he was 12 years old.

In 2002, Vega settled with the Archdiocese of Los Angeles, but he has no idea what happened to his abuser. He's unsure where he's living or if he's still alive.

On Thursday, Vega filed a lawsuit in federal court against the Vatican, asking the governing body of the Catholic Church to release documents pertaining to 3,400 priests worldwide connected to sexual abuse cases.

"We know that the Vatican keeps in its secret archives, under lock and key, the identities and histories of known clerical offenders," said Mike Reck, attorney for Vega.

Vega isn't asking for money. His legal team believes the number of victims is much larger than 3,400 because some priests have multiple allegations against them.

The law firm representing Vega has sued the Vatican before, but the case was dismissed. They believe there will be a different outcome this time because they have more evidence against the sovereign state.