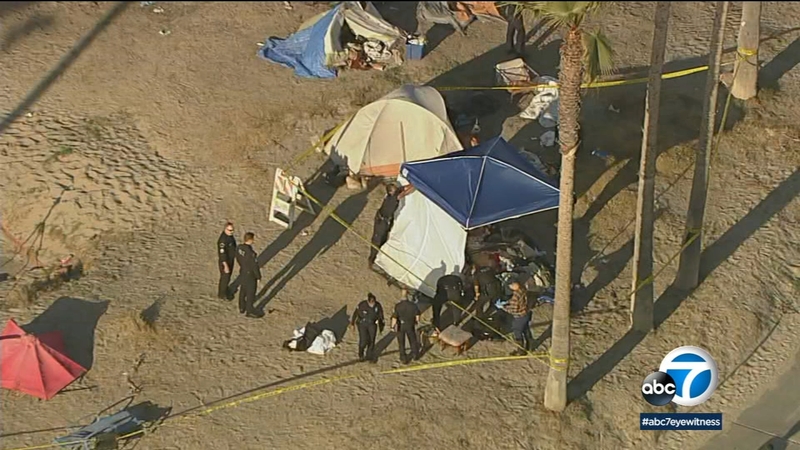 Police say officers responded to the encampment near Dudley Avenue and Ocean Front Walk around 3:30 p.m.

The man suffered blunt force trauma to his head, according to police.

The man is described as being in his 40s and possibly homeless. He has not been identified.

Information regarding a suspect was not immediately available.

Spikes in homeless-related fires, fights and even shootings have left many Venice residents frustrated.

An initiative by L.A. City Councilman Mike Bonin plans to offer all people living in encampments along Ocean Front Walk a pathway to permanent housing.