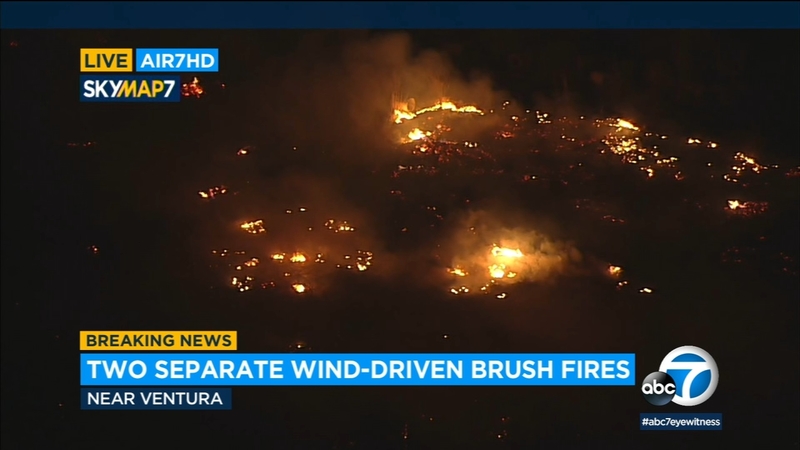 The larger of the fires, a 50-acre blaze dubbed the Perkin Fire, was burning in heavy brush at the bottom of a dry riverbed close to the 101 Freeway and Auto Center Drive between the cities of Ventura and Oxnard.

Ventura County Fire said at about 6:15 p.m. forward progress was slowing, and crews were working on containing flare-ups. They initially said the fire was at 20 acres before downgrading the size to 15.

VCFD tweeted later in the evening that the fire was holding at approximately 50 acres, and that no injuries have been reported.

About 20 miles north of the Perkin Fire on the northern edge of the Ventura city limits near the beach, another brush fire erupted off the 101 and Highway 33. That fire, next to the Ventura County Fairgrounds, appeared to have burned 7 to 10 acres.

It was not immediately known what started the fires.