Evacuations ordered in parts of Ventura, Santa Barbara counties ahead of SoCal storm 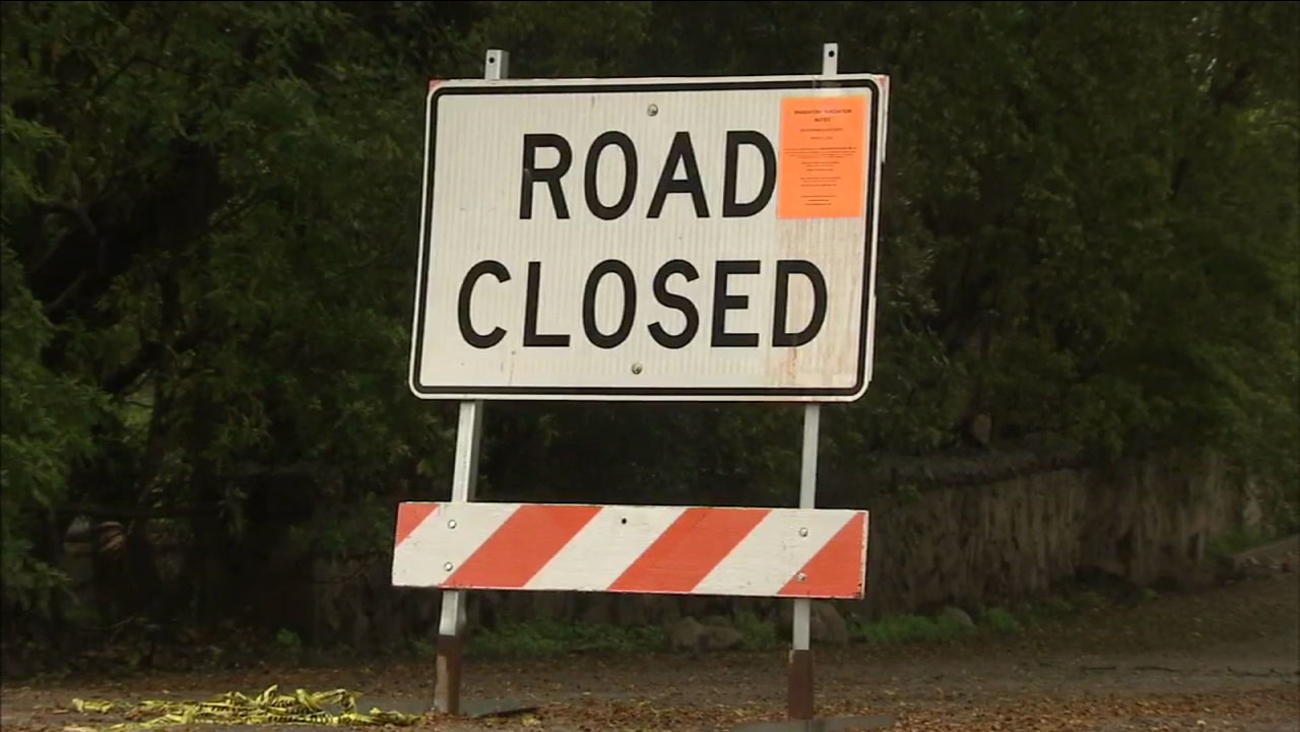 A road closure sign is shown in areas of the Thomas Fire burn area during rainstorms that hit the region in January 2018. (KABC)

LOS ANGELES (KABC) -- As a strong rainstorm is heading toward Southern California, mandatory evacuation orders were issued Monday that will go into effect Tuesday for areas of Santa Barbara and Ventura counties.

La Conchita, Matilija Dam and areas above Ojai could see more than 7 inches of rain. Ventura, the Santa Paula Creek area, Fillmore, Simi Valley, Oxnard and Camarillo could see as much as 5-6 inches of rain.

The following areas are under mandatory evacuations starting Tuesday at noon until at least 5 p.m. Thursday:

The city of Ventura created a map on their emergency services website, which includes a map where residents can input their address to see if their area is under any evacuation orders. You can access the map by clicking here.

Areas in Santa Barbara County that were charred by the Thomas, Sherpa and Whittier fires were also placed under mandatory orders that start Tuesday at noon. Residents in the Alamo burn area were under a recommended evacuation warning.