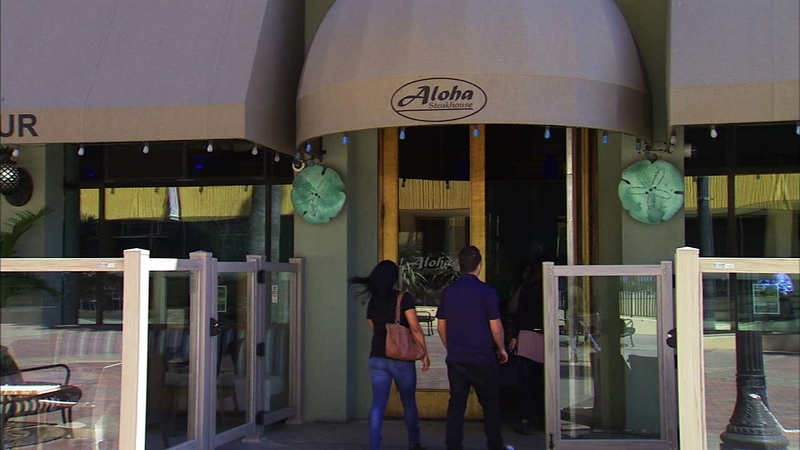 VENTURA, Calif. (KABC) -- The man who was stabbed in the neck while dining with his wife and young daughter at a Ventura restaurant has died from his injuries, police said.

Ventura police said that the 35-year-old father was removed from life support late Thursday night. The victim's identity has not been released.

The victim, his wife and their 5-year-old daughter were having dinner at Aloha Steakhouse on the Ventura Promenade Wednesday night when the attack took place.

Police said the attack appeared to be unprovoked, and the victim and the suspect did not know each other.

The suspect, 49-year-old Jamal Jackson, tried to flee following the incident, but he was stopped by good Samaritans who chased him to the beach. Jackson, described by law enforcement as a local vagrant, was taken into custody by police. 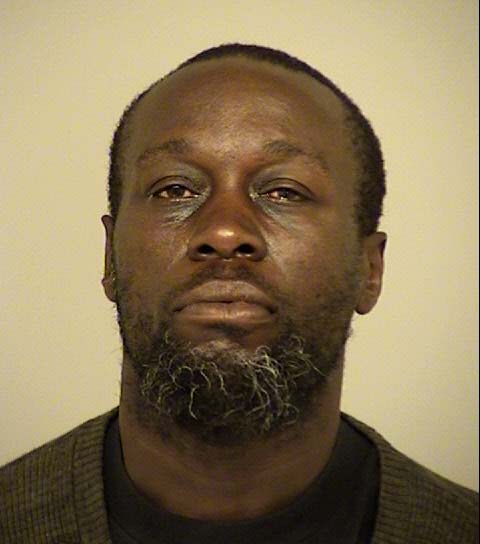 Jamal Jackson, 49, is seen in a booking photo released by the Ventura Police Department.

Jackson was initially booked on suspicion of attempted homicide, but that has changed to murder following the victim's death, Ventura police said.