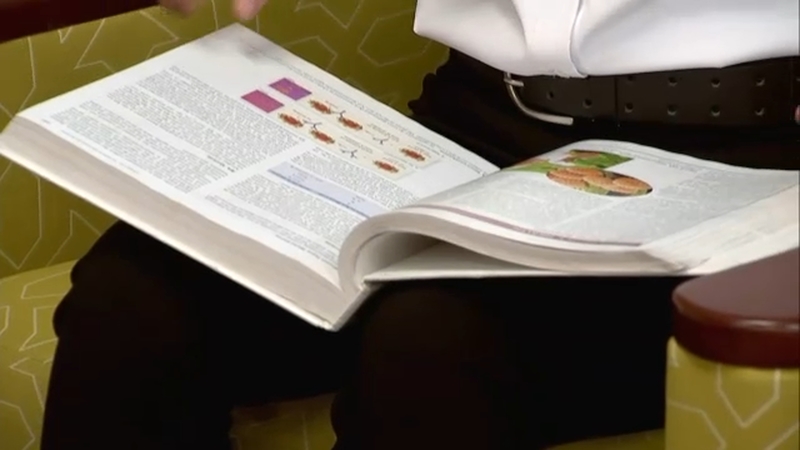 VICTORVILLE, Calif. (KABC) -- A new program in Victorville is working to provide housing support and case management for community college students who, in many cases, would be considered homeless.

Kaitlyn Moore is a freshman at Victor Valley College who until recently wasn't always sure where she would sleep at night.

"I feel like there's a lot of other people that are too, but they're just scared to come out because they're just feeling like I was," she said.

Moore is now part of the program called It Takes a Village, a joint effort led in part by the non-profit Searchlight Society and Next Up, on the community college campus. It only began in January and has already assisted 33 students this semester.

"If I get a call or a referral that there's a student living in their car or there's a student that doesn't have shelter tonight, we'll rapidly re-house them into a partner hotel and then we'll transition them into either shared living, their own apartment or a different type of housing model," said Daniel Herrera, co-founder of the Searchlight Society

Amber Allen, director of Next Up, said she's grateful that the program was launched when it was.

"We've had so many students who've come to the table who need the help and we actually have the resources to help them," she said.

To be eligible for assistance through the program, one must be enrolled at Victor Valley College, face housing insecurity or homelessness and maintain a 2.0 GPA.

"This is kind of a hidden population," said Searchlight Society co-founder Cassandra Martinez. "It might be taboo for the student to be like 'Hey, you know, I don't have a place to stay.' But we are receiving referrals nearly daily."

Allen says they also go out on campus to find students who may need the help.

"We will go and find the one because we believe that if they just get a taste of college, and they get the help that they need, that they will be successful," she said.

According to a UCLA report published last year, 1 in 5 community college students are impacted by homelessness.

If the program continues to make higher education available to people already challenged by life, it could serve as a blueprint to save a generation of young people from the streets.

"I've been actually motivated to do work instead of making myself do the work," Moore said. "I have my own personal space... It's (really) nice because it's peaceful."