Social media posts that appear to be from the girl's family say she was shot while in line to get a photo with the Easter bunny.
KABC
By Leticia Juarez and ABC7.com staff 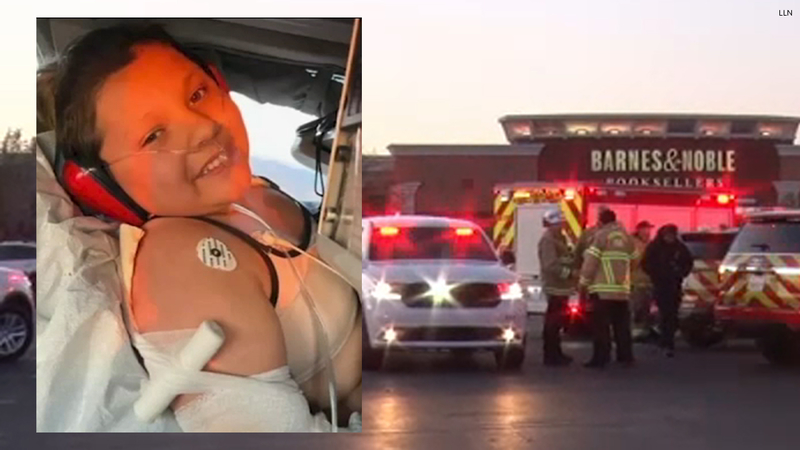 VICTORVILLE, Calif. (KABC) -- A man has been arrested for mistakenly shooting a 9-year-old girl as he chased two shoplifters out of his store in a Victorville mall Tuesday evening, authorities say.

Marqel Cockrell, a co-owner of Sole Addicts, fired multiple shots in the shoplifter's direction but missed and struck the girl instead, according to the Victorville Police Department. Cockrell fled the scene after the shooting and was later found by Nevada Highway Patrol.

The 20-year-old, of Adelanto, was booked at the Clark County Jail for attempted murder and is being held on $1,000,000 bail. He'll likely face extradition back to California.

The young girl, who has not been identified, was taken to a hospital and was last described as being in stable condition.

Social media posts that appear to be from the girl's family say she was shot twice in the arm while in line to get her picture taken with the Easter bunny. She is expected to be OK.

Authorities are searching for a gunman who shot a 9-year-old girl at a mall in Victorville Tuesday evening.

A report of a shooting was received by authorities around 6:30 p.m. at the Mall of Victor Valley, located at 14400 Bear Valley Rd Ste 735.

"I didn't hear anything, but everybody was running and going crazy. It's not the first time too," said Allison Ramirez, who works at the mall.

Stores went into lockdown, with employees and customers sheltering inside. A heavy law enforcement presence was outside the Barnes & Noble store, and customers were seen gathering at a vestibule inside a nearby Macy's store as deputies conducted a search of the area.

"We were scared. We were waiting for someone to get us out, thankfully the police did," said Silemyr Valle, who also works at the mall.

The San Bernardino County Sheriff's Department evacuated the mall during the preliminary search for the shooter.

The incident set off panic among workers and customers in the area.

"We were scared. We were just waiting for someone to get us out," said Silemyr Valle, a worker at the mall.

The mall has since reopened, but shoppers remain concerned.