9-year-old girl wounded in shooting at Victorville mall; gunman on the loose 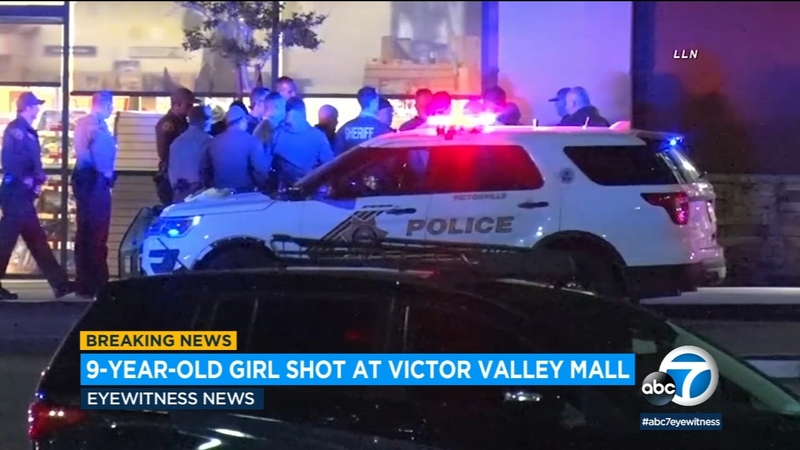 VICTORVILLE, Calif. (KABC) -- Authorities are searching for a gunman who shot a 9-year-old girl at a mall in Victorville, which prompted a lockdown of stores Tuesday evening.

A report of a shooting was received by authorities around 6:30 p.m. at the Mall of Victor Valley, located at 14400 Bear Valley Rd Ste 735.

Stores went into lockdown, with employees and customers sheltering inside. A heavy law enforcement presence was outside the Barnes & Noble store, and customers were seen gathering at a vestibule inside a nearby Macy's store as deputies conducted a search of the area.

The San Bernardino County Sheriff's Department evacuated the mall during the search for the shooter, who fled the scene and remains on the loose. Authorities described the shooting as an apparent "isolated incident" and not an active shooter situation.

The 9-year-old girl wounded was transported to a hospital in stable condition, according to the sheriff's department. Family members say the girl was shot multiple times in the arm and is recovering.

The incident set off panic among workers and customers in the area.

"We were scared. We were just waiting for someone to get us out," said Silemyr Valle, a worker at the mall.

No additional suspects are believed to be involved, and authorities say they are investigating leads as the manhunt for the gunman continues.

Authorities say the mall was evacuated and closed for the evening.