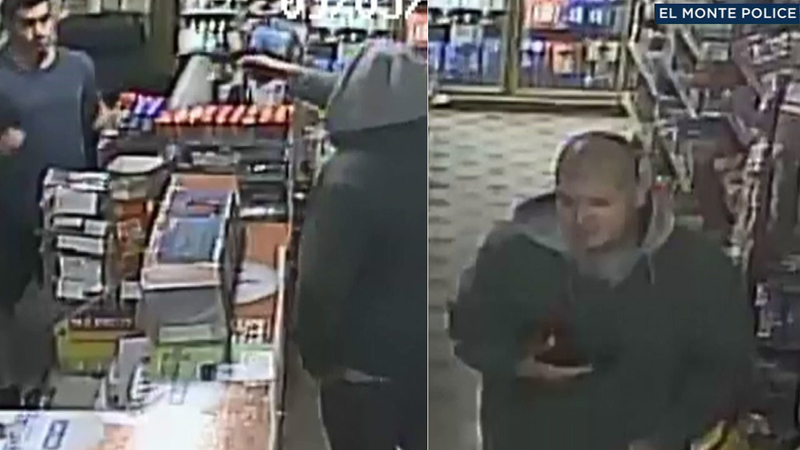 EL MONTE, Calif. (KABC) -- El Monte police are asking for the public's help in identifying a man who was caught on camera robbing a liquor store in the area.

The suspect is accused of robbing the Ace Liquor store in the 3300 block of Tyler Avenue at approximately 7:30 p.m. Wednesday.

Police said the suspect walked in, pointed a handgun at the clerk and demanded money from the register.

The clerk handed the robber $500 cash and merchandise. He was not injured in the incident.

The suspect was last seen running northbound on Tyler Avenue. No suspect vehicle was captured on camera but because the suspect pulled off his hoodie, police were able to get a clear shot of his face.