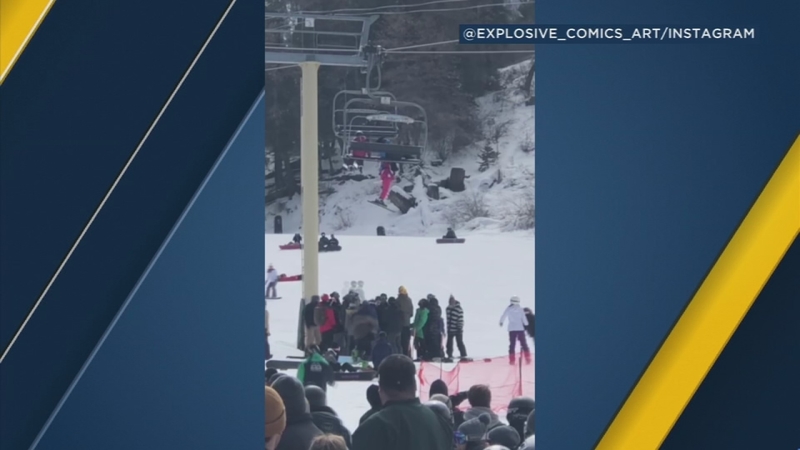 BIG BEAR LAKE, Calif. (KABC) -- A dramatic video captured at the Bear Mountain Ski Resort showed a 5-year-old girl dangling from a chairlift before falling safely onto a tarp.

The parents of the young girl said she slipped from the chairlift Saturday morning not long after it started moving and the girl's ski instructor caught her by her hoodie. The ski instructor held onto the little girl, who became unconscious from being choked by her helmet and hoodie until the tarp was underneath her.

The father of the 5-year-old said the instructor was a hero for being able to keep the girl from being severely injured and falling off the lift.

The girl's mother said she signed up her daughters, 5 and 7 years old, for all-day ski instructions on Friday and Saturday. On Friday night, rain and other moisture froze the chairlift, according to the parents, and it appeared the lift wasn't properly cleaned in the morning before people boarded it.

As the two girls and their ski instructor got on the lift, the safety bar wasn't brought down for an unknown reason and within minutes, the girl slipped from the chair and the instructor caught her hoodie.

The family of a 5-year-old girl who was captured on video dangling from a Bear Mountain resort chairlift talked about the harrowing incident Monday.

The mother said it appeared the lift operator failed to stop the lift from moving despite her daughter dangling in the air until screams from other passengers caught the person's attention.

When the lift was stopped, several staff members grabbed a tarp and held it under the little girl to catch her.

The girl suffered bruising on her neck from the hoodie and helmet, her mother said.

Bear Mountain officials said they were investigating the incident.

"We take every precaution to ensure the safety of our guests. We are looking into this incident and will do everything we can to prevent something like this from happening again," a statement said.
Report a correction or typo
Related topics:
big bear lakesan bernardino countychildrenchild injuredsnowskiingcaught on videoski resorts
Copyright © 2021 KABC-TV. All Rights Reserved.
RELATED 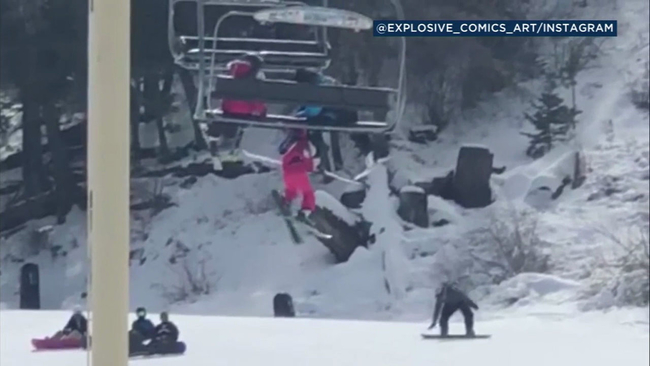