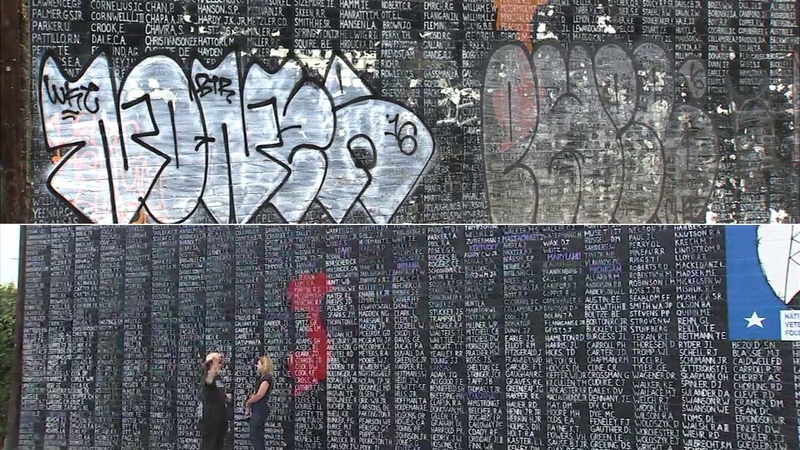 VENICE, LOS ANGELES (KABC) -- A Vietnam War memorial that was once tagged with graffiti by vandals has been restored to mint condition.

The memorial was vandalized just before Memorial Day last year. Dozens of volunteers banded together to remove the graffiti, but countless names were erased from the memorial in the process.

Now, the memorial is back to new. A ceremony was held on Monday to commemorate the restored memorial, which is a wall that includes 2,273 names of those who served in Vietnam, specifically prisoners of war and those missing in action.

"To see it completed today, and it looks just like it do when it was spanking brand new back in the day, and I'm glad it's been restored, and I'm so proud of my brothers and sisters, you know, I've got to take care of them," said Charlie Saulenas, a Vietnam Purple Heart veteran.

Saulenas knew the original artist, and he was among dozens of volunteers who responded to cleaning up the vandalized memorial.

The wall was first created in 1992 and is along Pacific Avenue.