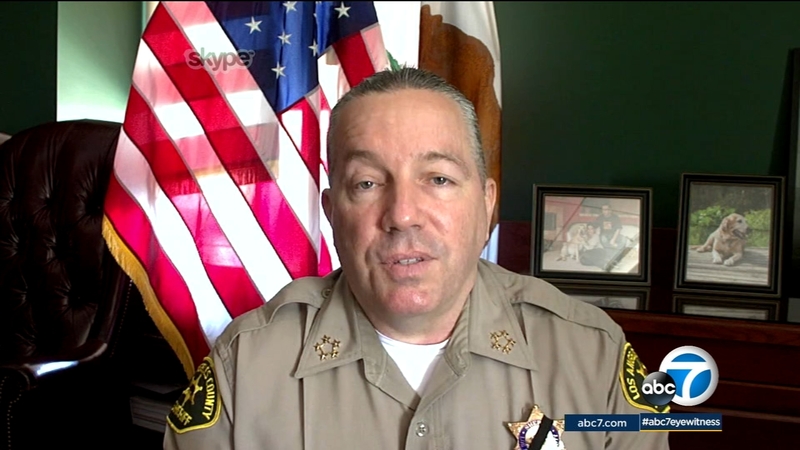 LASD disputes claims that helipad was under construction near Villanueva's home

"As is standard with all Los Angeles County elected officials, a threat assessment was conducted at the Sheriff's residence, due to numerous credible threats, doxing, and protests," the agency said in a statement, adding that sheriff's detectives met with Southern California Gas Co. officials on Jan. 14.

According to the Sheriff's Department, approval was obtained to clear a small area of land to use in the event of an emergency, "just like an intersection or school field" is sometimes used as a contingency in such situations.

The gas company said it declined the department's request to build the helipad -- but added that construction began anyway.

The utility has filed a cease-and-desist letter to get the work stopped.