A Long Beach babysitter paid a $2,000 ransom when she thought her daughter was kidnapped, but she later found out it was all a scam.
KABC
By Jessica De Nova 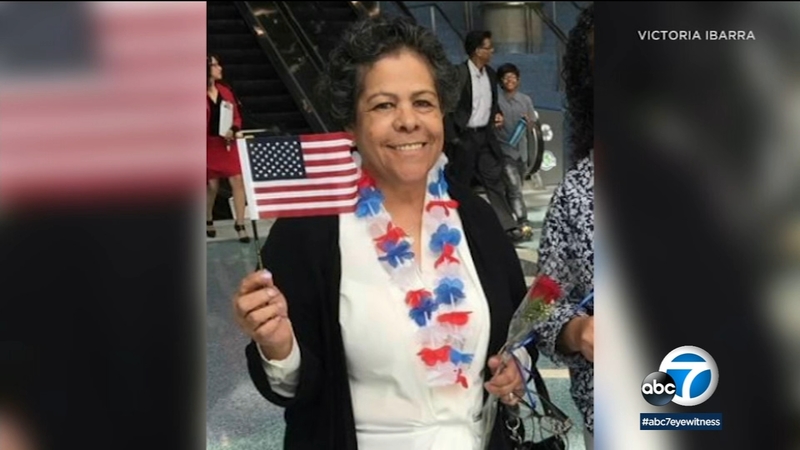 VILLA PARK, Calif. (KABC) -- The stress of believing her daughter was kidnapped and a $2,000 fake ransom she lost landed Leda Rodriguez of Long Beach in the intensive care unit, but the woman's daughter told Eyewitness News it was all a scam.

The victim earns her income babysitting and cleaning houses in Orange County, including Sydney Kramer's home. Kramer was trying to reciprocate Leda's kindness.

"She is very, very hard working," Kramer said, adding, "When my mom had to go to the hospital, my dad wasn't home and she stayed with me until he came home and she made sure I was OK."

Ryan Nguyen, Kramer's friend, said she didn't know Leda, but she was helping spread the word about the GoFundMe page.

"A little bit of kindness can goes a long way. I think that we should help make the world a better place," Nguyen said.

Erik Arbuthnot is an FBI Special Agent out of Los Angeles with International Violent Crimes.

Arbuthnot said these telephone extortion schemes or virtual kidnappings often start much like it happened to Leda -- with a panicked phone call from someone pretending to be a relative.

"The quickest way to stop it is to hang up the phone, locate your loved one and notify law enforcement," Arbuthnot said.

FBI investigators said they were usually cold calls from criminals casting a net to see what information they can get from their victims, taking as much as possible in wire transfers or property with fake threats.

Arbuthnot said the trend is two decades old. The calls were mostly in Spanish, but investigators saw a spike in English since 2015. That year, a break in the FBI's Operation Hotel Tango revealed a shocking source for many of these calls -- a prisoner in Mexico City.

Arbuthnot said because these calls are usually foreign, they're difficult to prosecute.

The special agent said the worst impact for victims is the post-traumatic stress and medical complications they suffer.