During a severe weather event, FEMA coordinates with Waffle House and other businesses to gauge how communities impacted by disasters are recovering.

WILMINGTON, NC -- Workers with the restaurant chain Waffle House are being brought in from around the country to help keep the company's locations up and running in areas affected by Florence.

Waffle House CEO Walt Ehmer was picking up a team at the Wilmington, North Carolina, airport on Monday. Ehmer spoke to The Associated Press by phone.

SEE ALSO: How Waffle House works with FEMA during a disaster like Hurricane Florence

The chain is so well known for staying open no matter what that former Federal Emergency Management Agency administrator Craig Fugate created the so-called Waffle House Index. Fugate used the restaurants as a benchmark for how quickly local communities could rebound from hurricanes. Under the index, a closed Waffle House was a bad sign.

Ehmer says Waffle House is having to fly some food into Wilmington, which had been largely cut off from road access by Florence's floodwaters. 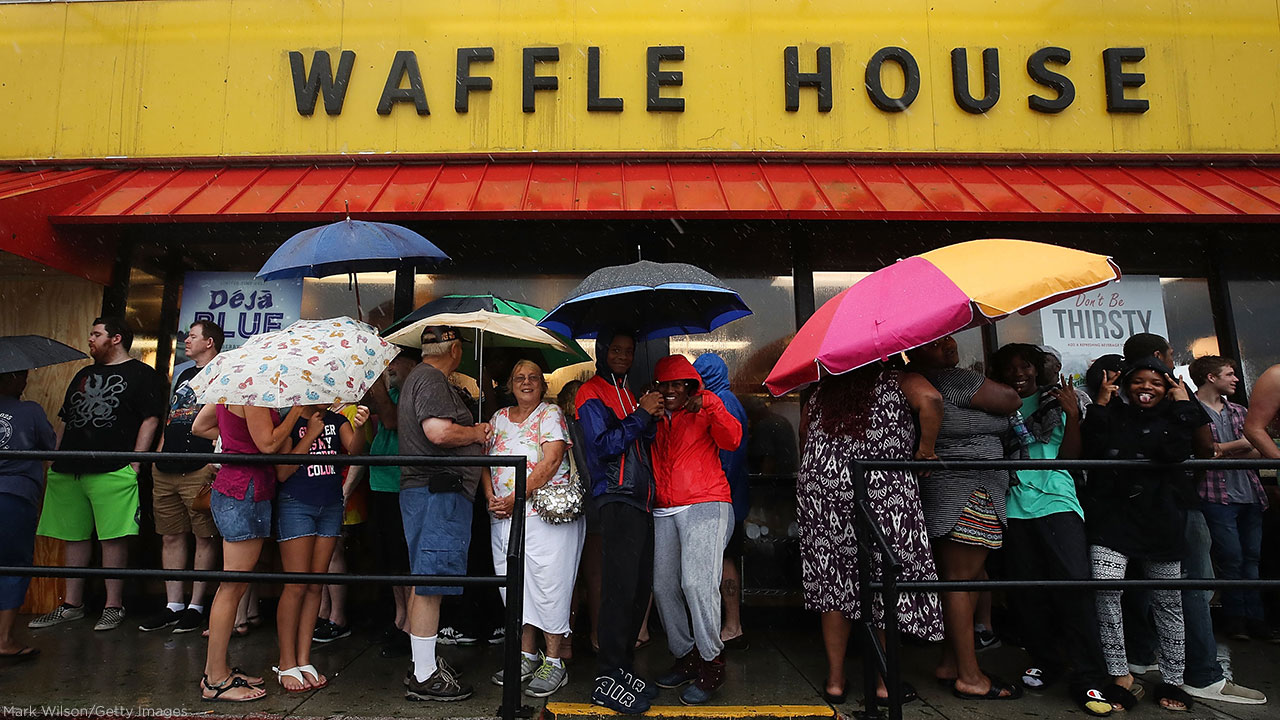