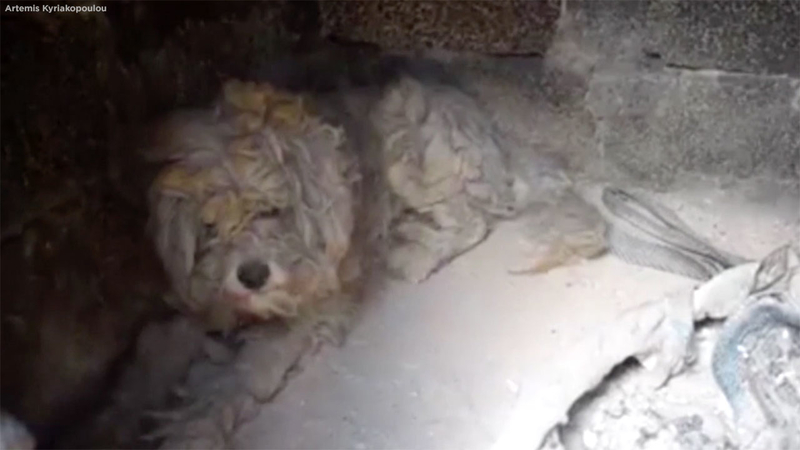 MATI, Greece -- A small dog managed to survive the deadliest wildfire to hit Greece in decades by taking shelter in an outdoor oven as flames enveloped the land around him.

Rescue volunteer Artemis Kyriakopoulou discovered 4-year-old Loukoumakis, covered in ash and singed yellow, hiding in the brick oven. The white poodle mix was groomed and put on a course of antibiotics and is said to be making a slow but steady recovery.

The deadly wildfire killed nearly 100 people in the seaside resort town of Mati. During the blaze, hundreds of people fled to beaches, and many were forced to swim out to sea to escape the flames and choking smoke. A massive search operation involving ship and divers looking for more fire victims in the water is continuing near the fire zone.

Fanned by gale-force winds, the blaze raced through seaside resorts that are a mixture of permanent residences and holiday homes for those living in the capital of Athens.

The high death toll has prompted strong criticism of the Greek government for not preparing enough for this year's fire season. The Mati area lacked good evacuation access roads, warning systems and other civil protection measures even though it was a residential area surrounded by forest and at high risk of wildfires.